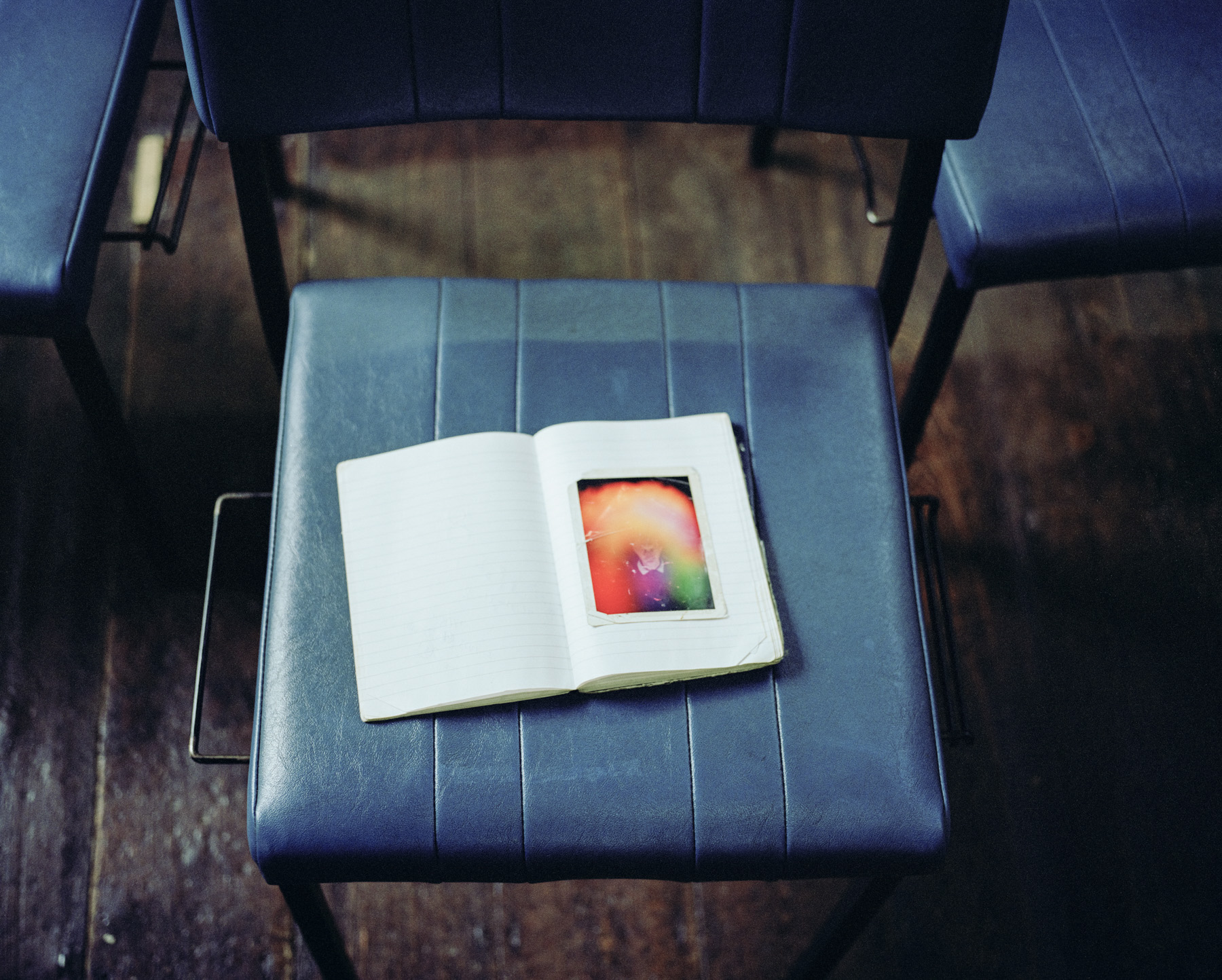 And in Love, Light and Truth

By Stephanie Rose WoodAugust 4, 2021August 26th, 2021The Collective
No Comments

And in love, light and truth documents the occurrences of three Spiritualist churches, situated on the edges of London. The photographs were taken in places where people spoke in hushed tones, telling stories of mourning, energy and faith and what it means to look forward to death. 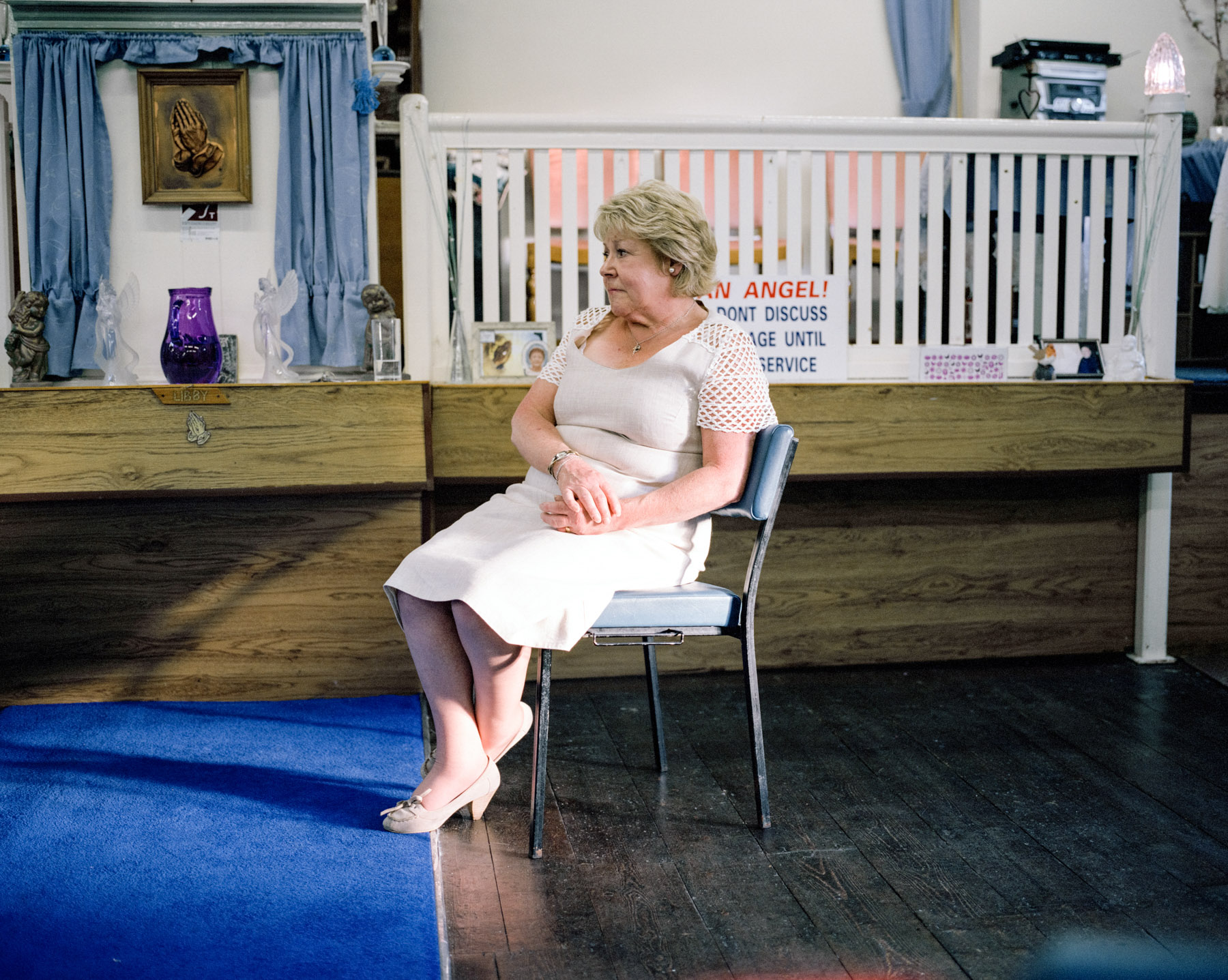 Spiritualism is more than a religion for those that believe, many say that it is a way of life. The belief in the spirit world is interwoven into the fabric of their existence and daily lives, becoming a reassuring mechanism to those that are in mourning or looking for a deeper meaning to life and death. 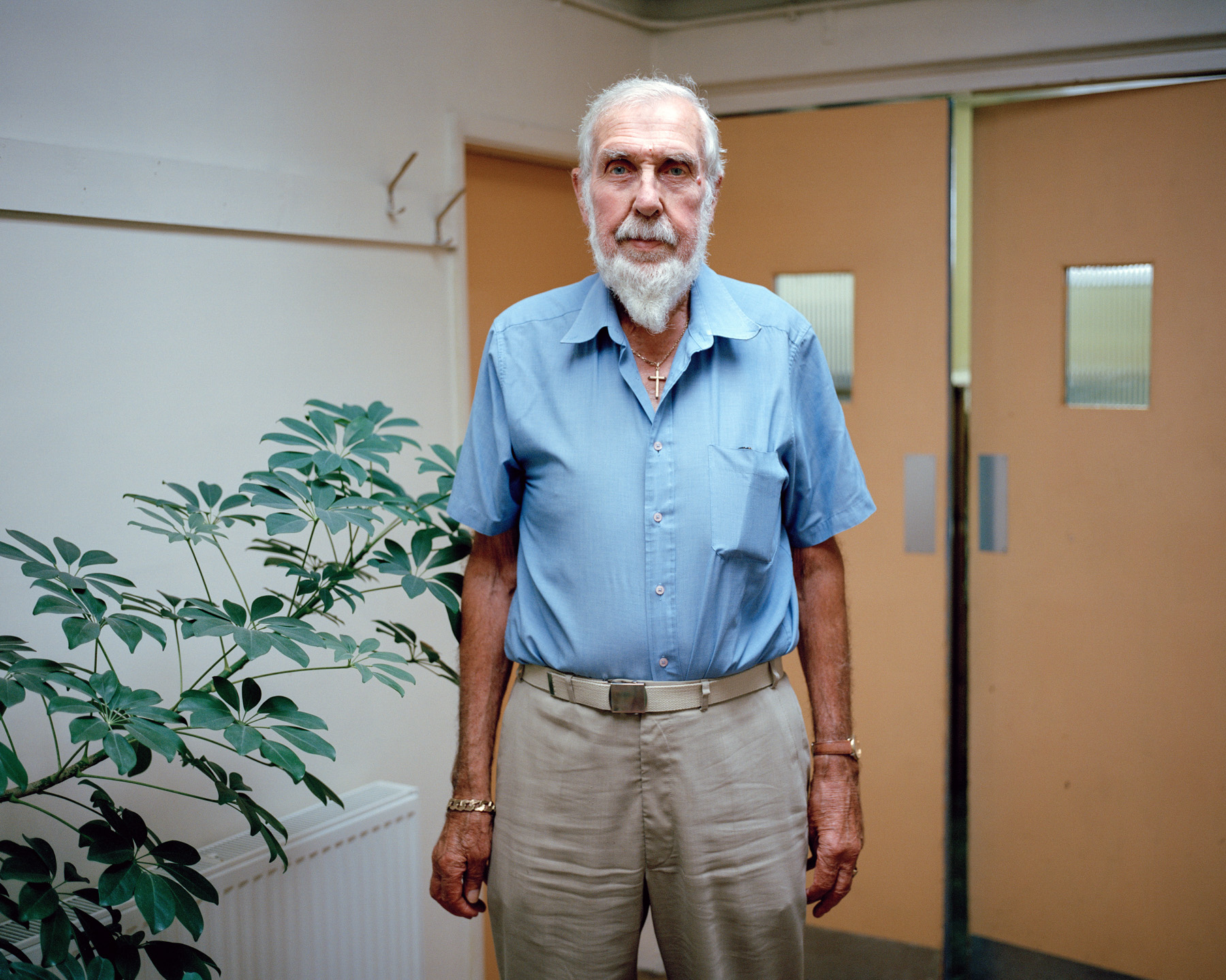 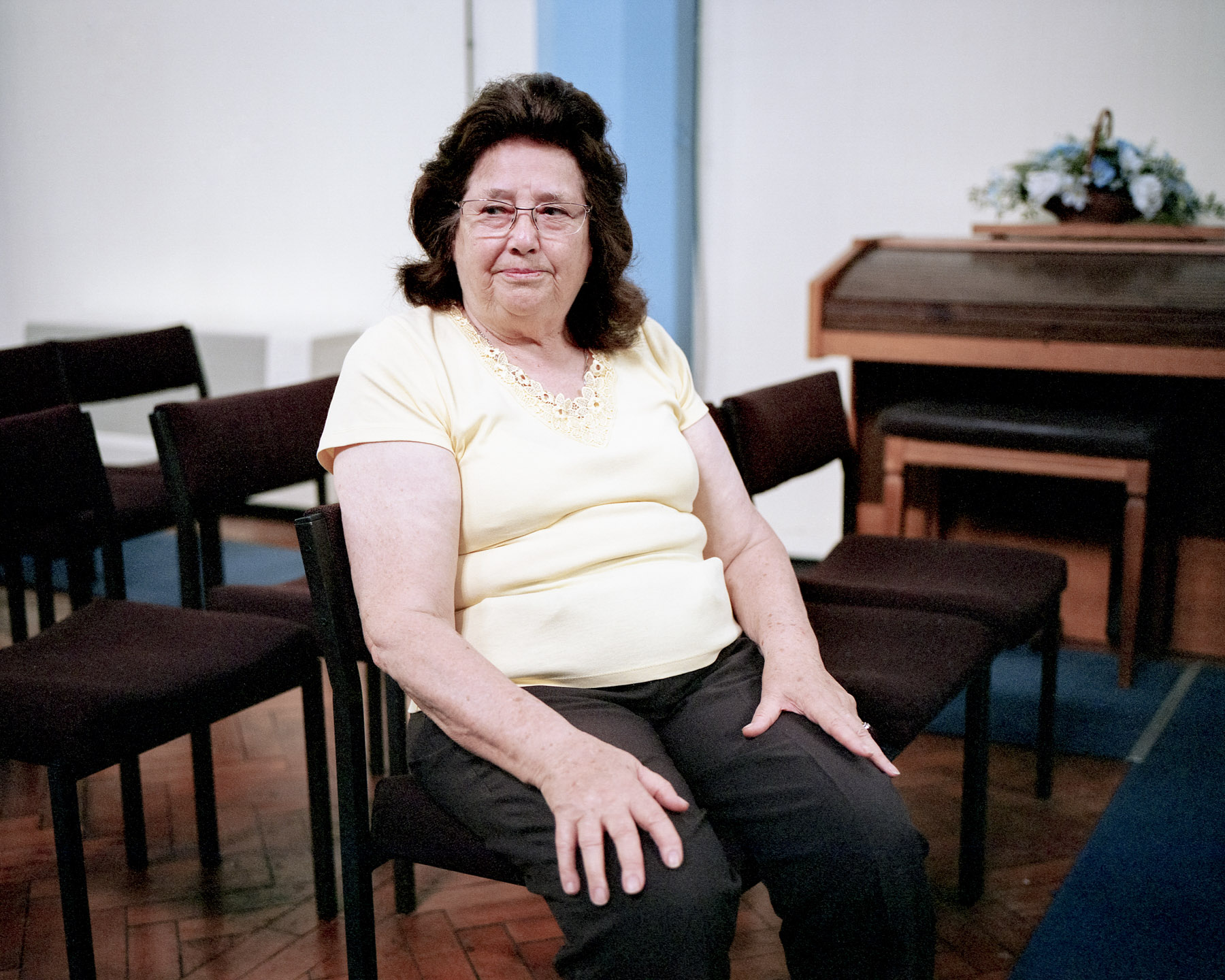 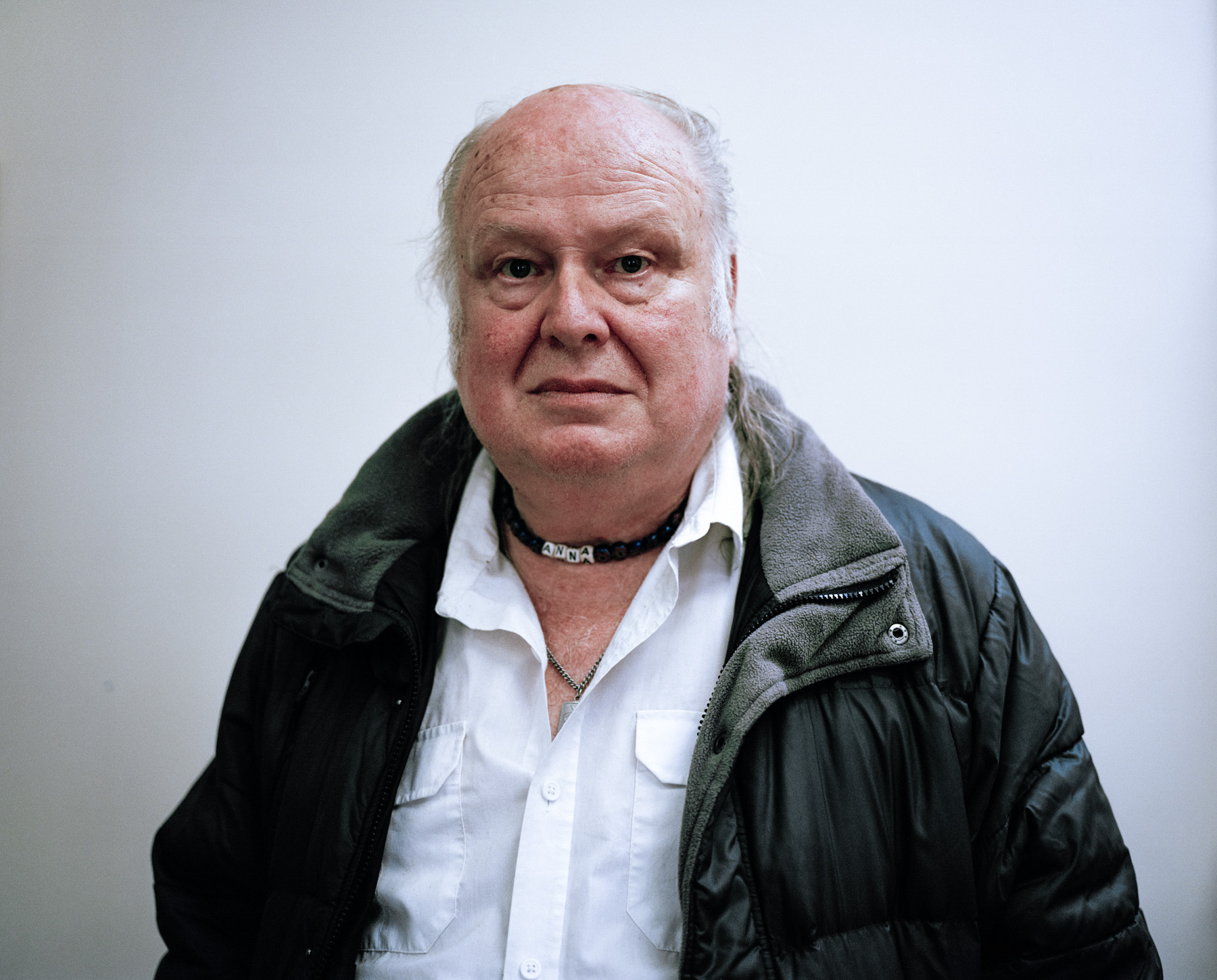 We promised one another that whoever went first we would try to meet so we could see one another. I’m still faithful to her even though she’s been dead all these years. 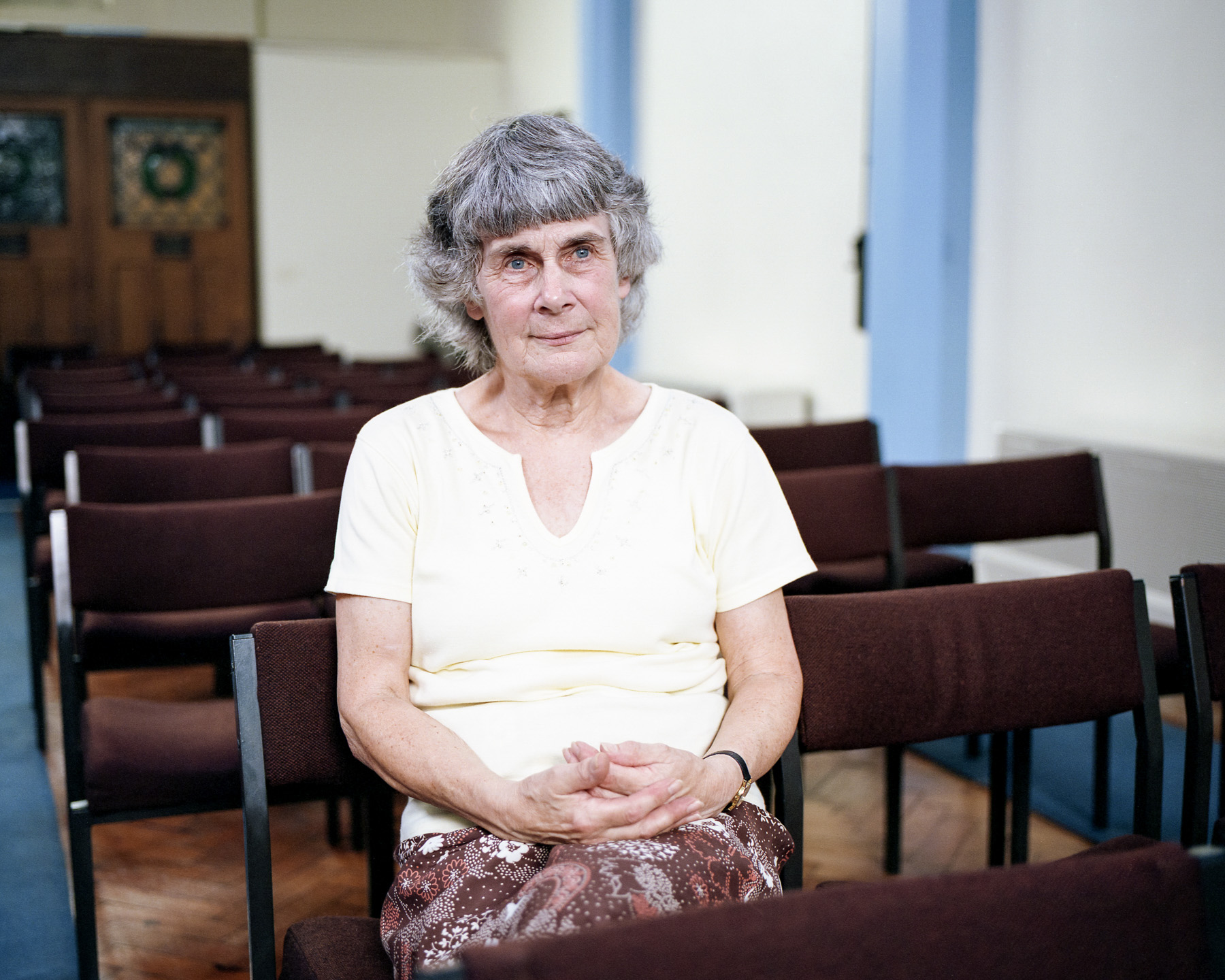 Spiritualists believe in the continuation and survival of the soul after the death of the physical. It is thought that death is not the end, and the spirit of the deceased live on in the spirit world. Through a medium, an individual with the ability to communicate with those that have passed over, messages are sent from one world to the other. 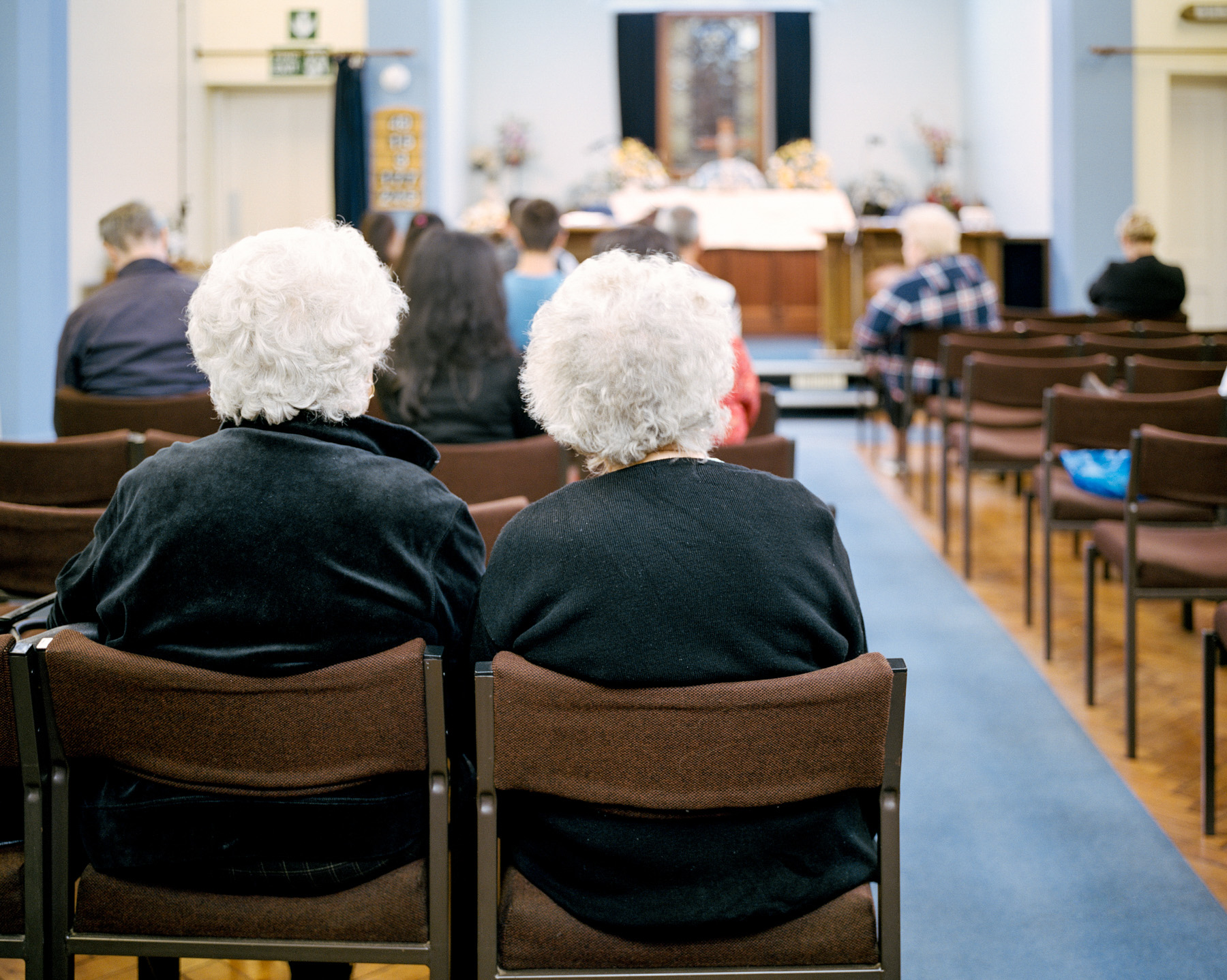 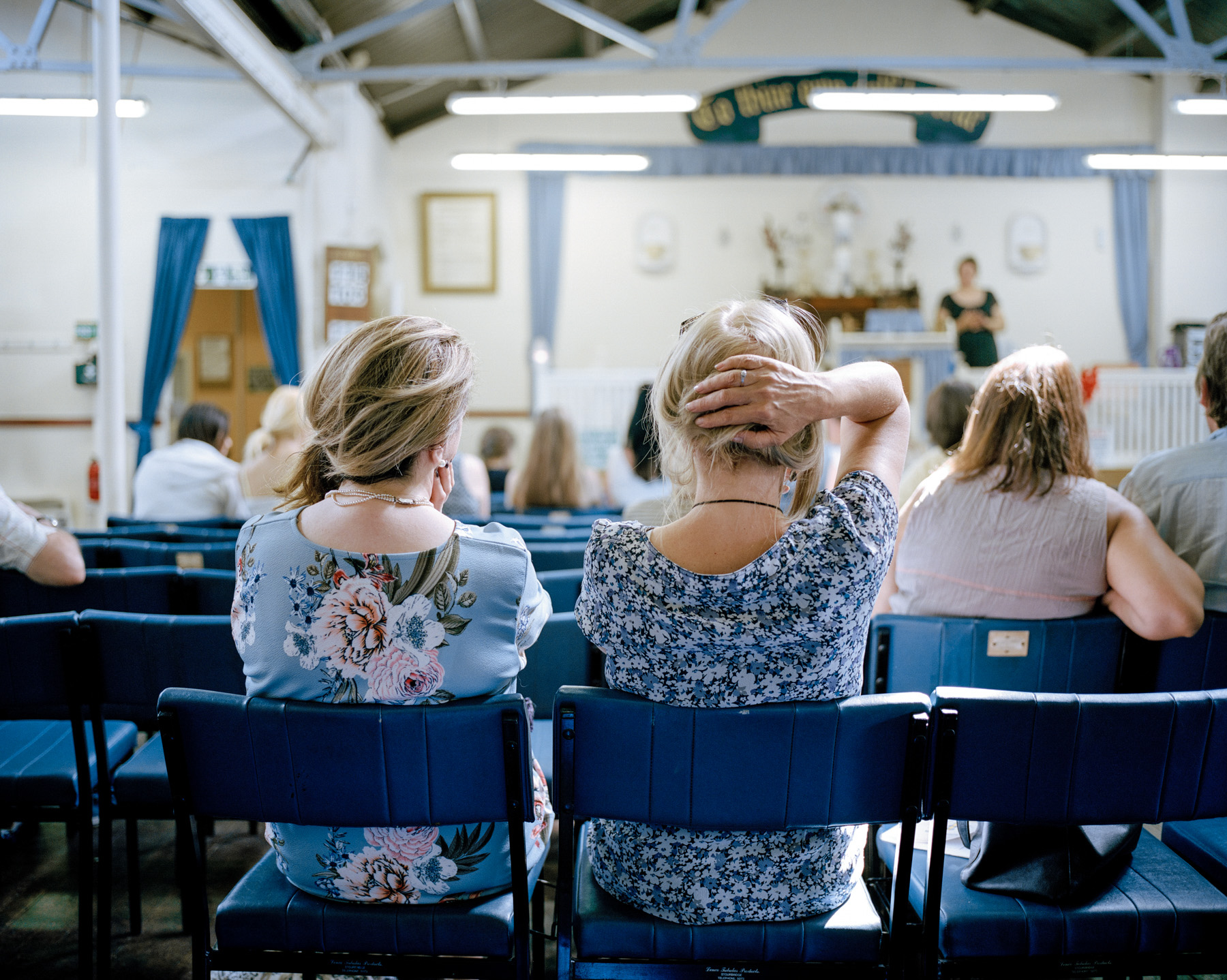 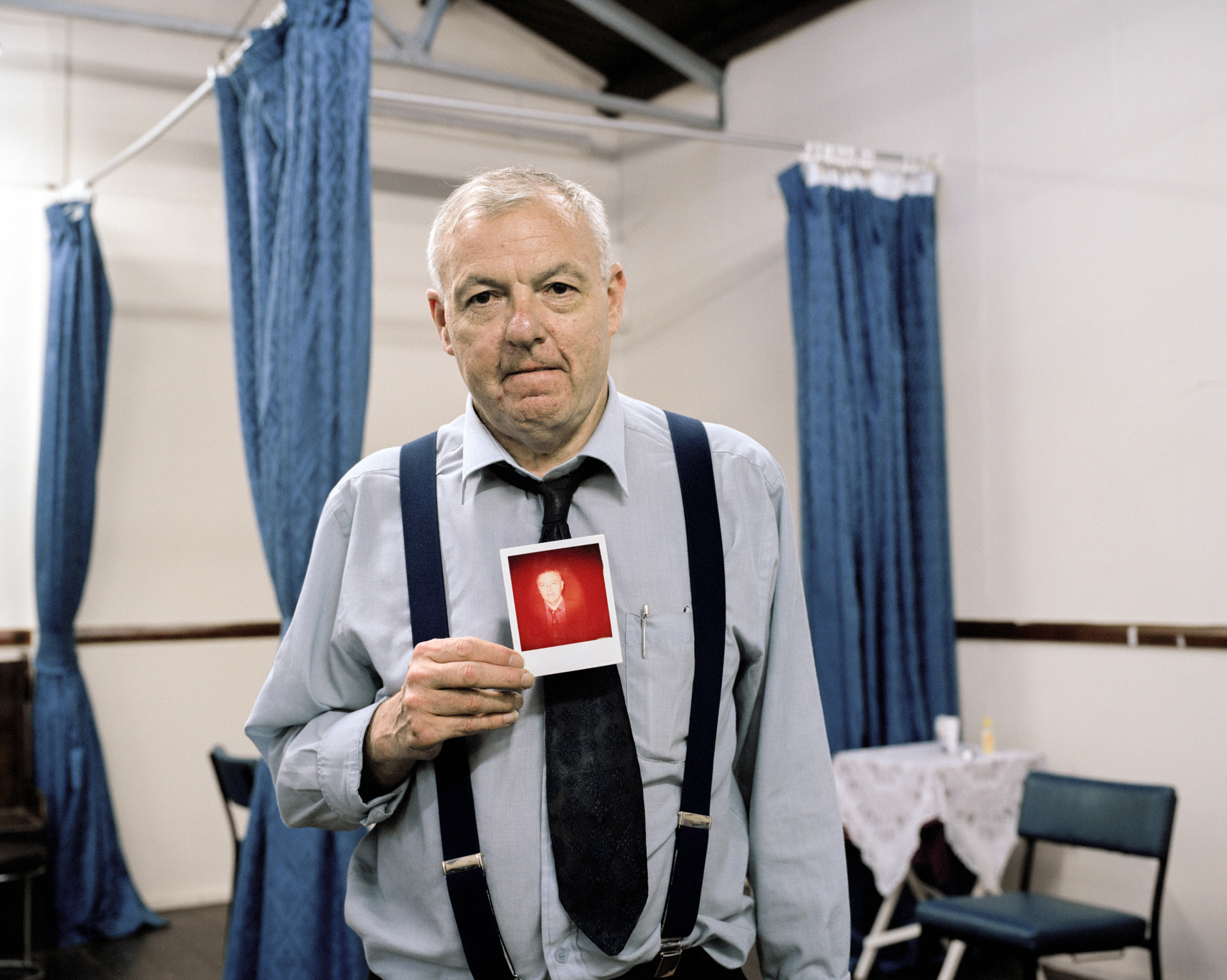 Spiritualism and photography have interwoven beginnings. Spiritualism harnessed photography’s early relationship with scientific process and evidence. In 1861 the first spirit photograph was made by William H. Mumler and soon after spirit photography, which took the form of the traditional carte de visites, became a lucrative business. Spiritualists were able to use photography, presenting images as visual evidence of the existence of spirits, at a time when there was little question over the truth of the image.

It was understood that technically photography could capture elements of the natural world invisible to the eye, highlighting the world as only partially seen. It also made apparent to the viewer, the limits of first hand perception. Photographs showed us what we cannot see, bringing the realisation of how little we know, how much we have yet to understand.

It is within this context of thinking that Spiritualism grew. At a time when photographs were capturing the unseen and invisible for the first time and presenting them as evidence, believing in the spirit world did not seem so far-fetched. 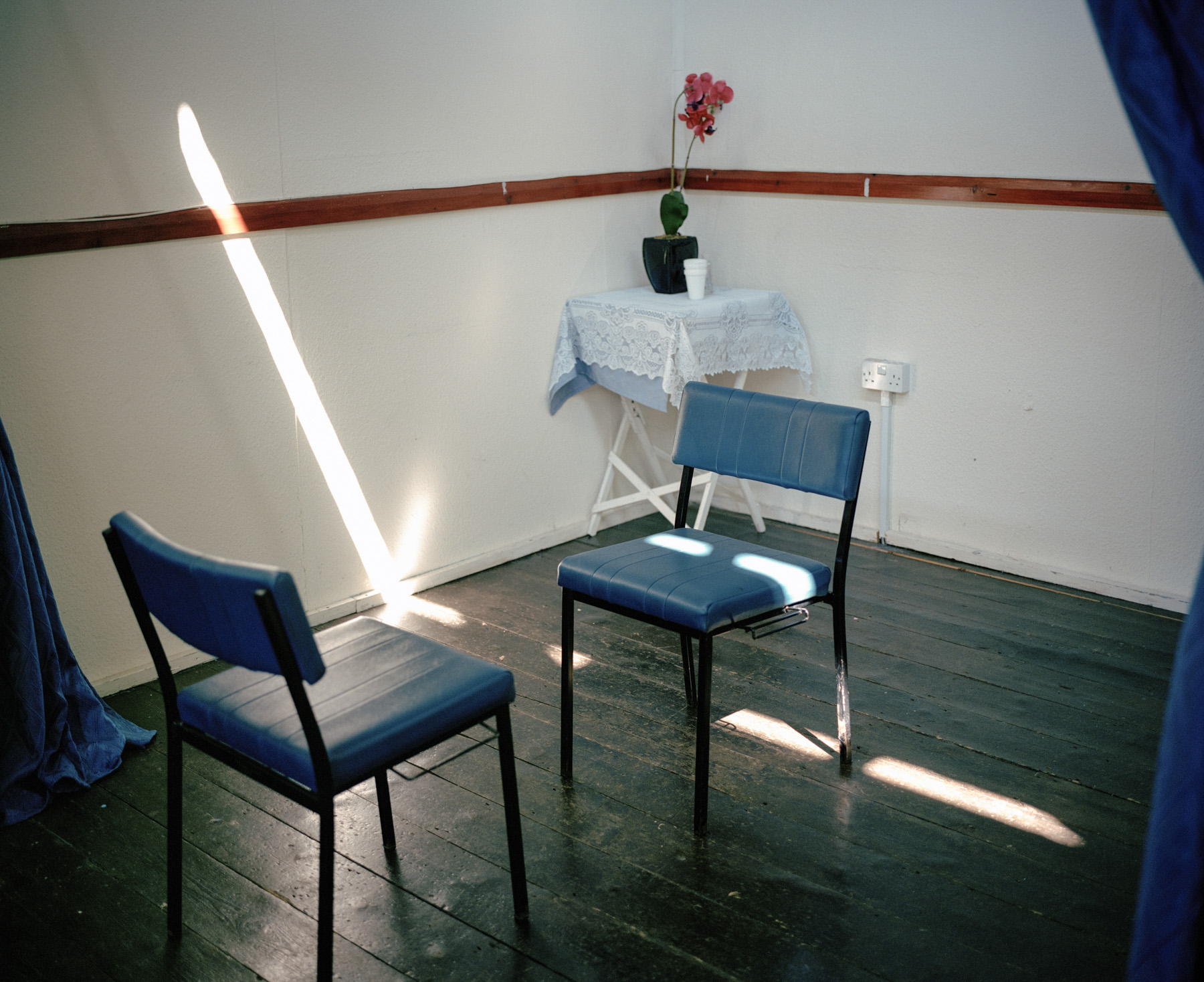 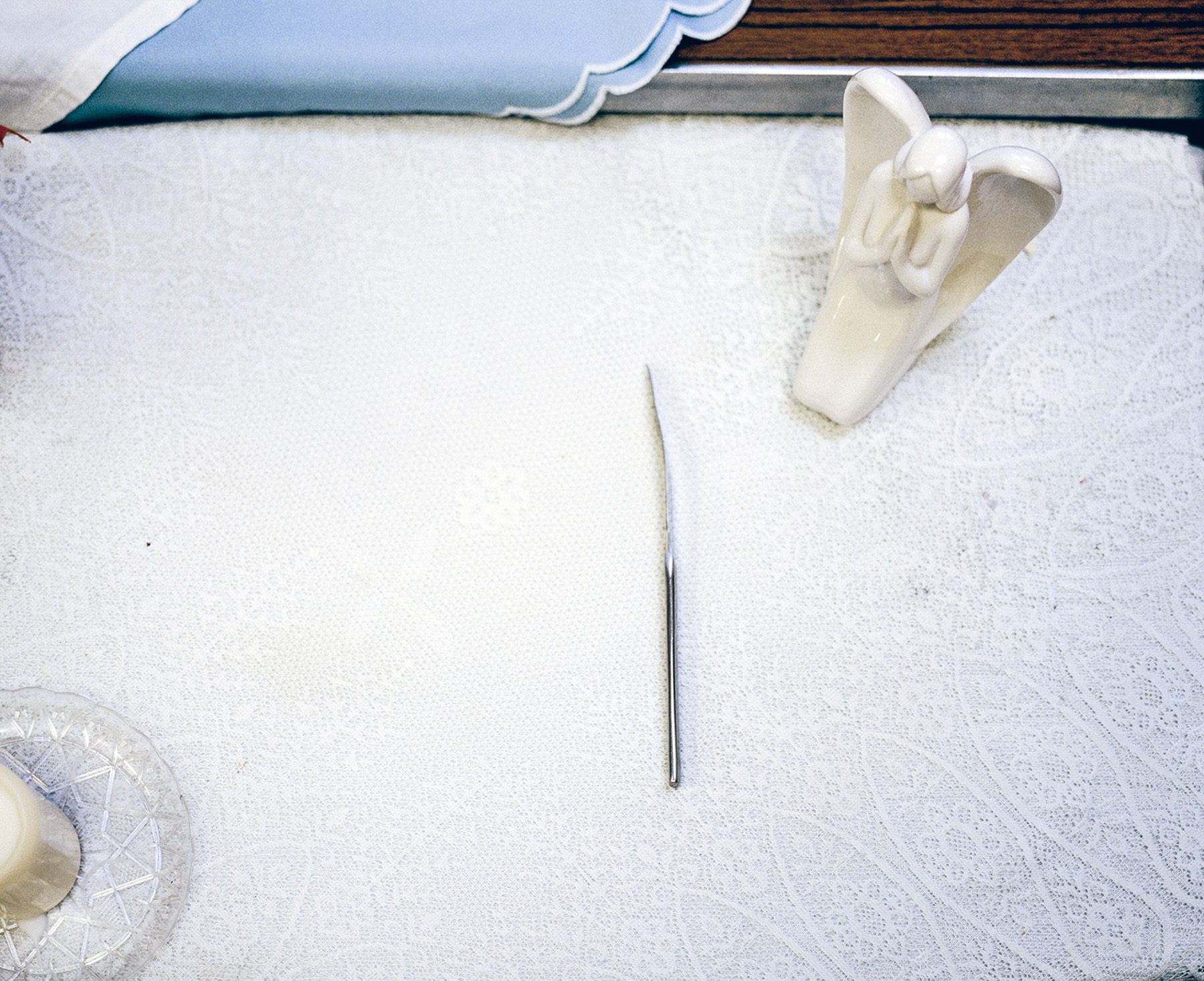 During a service at a Spiritualist church, a medium will bring messages from the spirit world. The medium speaks to individuals directly, offering them a piece of evidence that will convince that person of the mediums clairvoyant capabilities. This piece of evidence includes information that they couldn’t know, unless ‘spirit’ had told them. After the piece of evidence has been accepted by the recipient (with a loud yes or no), the medium will give a message of upliftment, advice or guidance, which comes from the spirit of the deceased loved one. 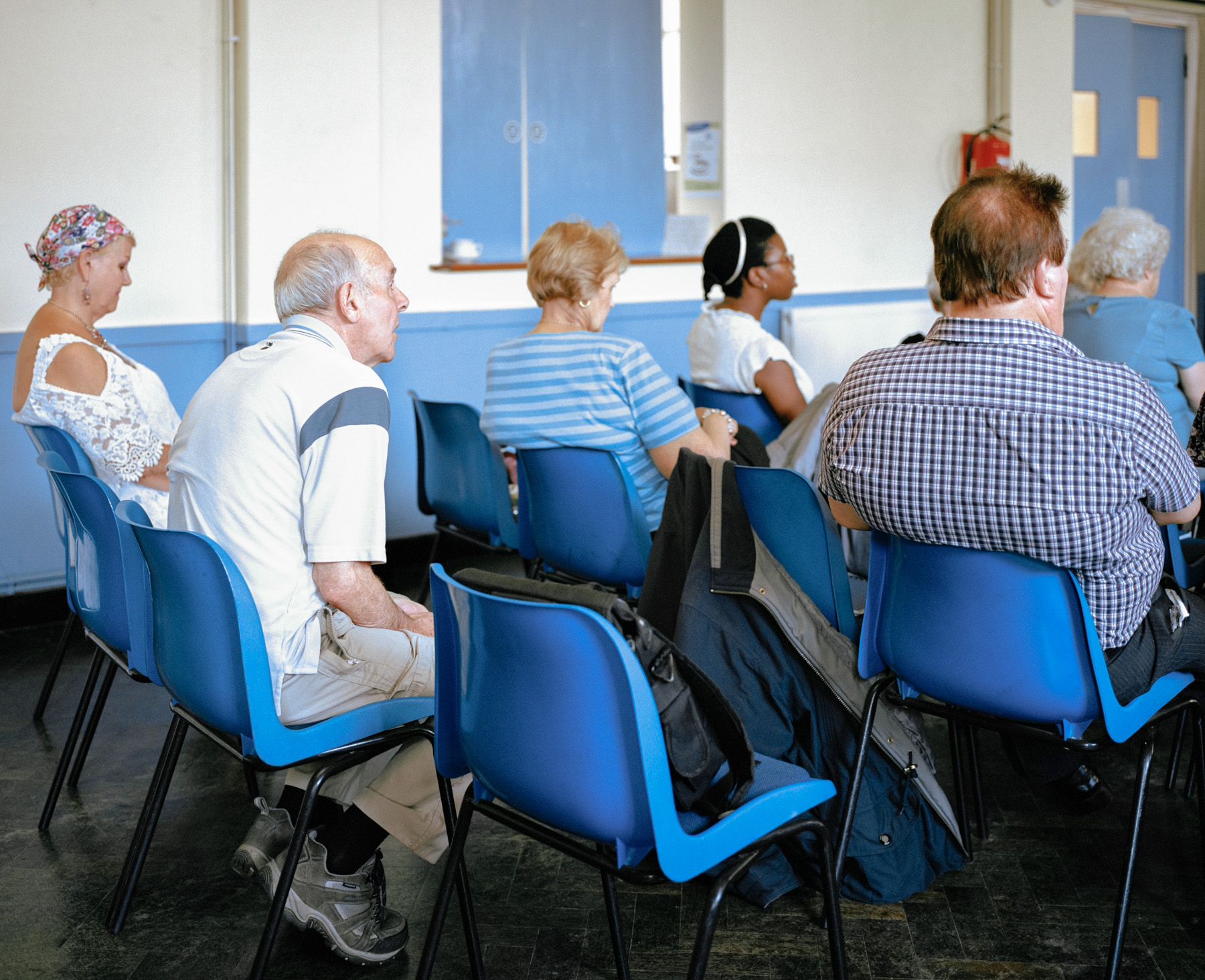 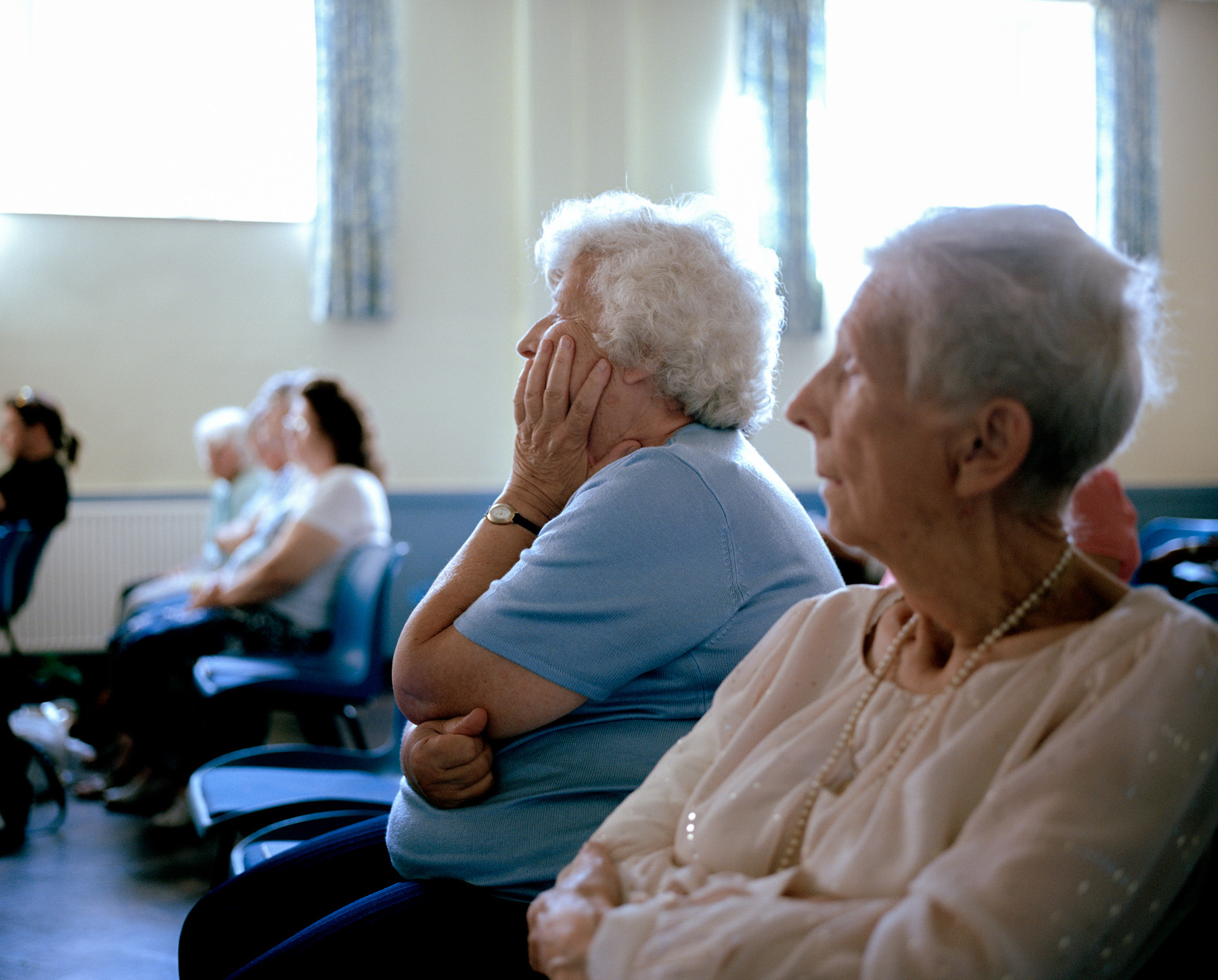 The medium acts as a channel between here and there. Wherever there is. They offer evidence, some tiny glimpse of a fact or two that, if you’re looking for it, can be convincing. And then the message is relayed.

Three weeks ago, you woke up at 2:38am in the morning and called her name, she just wants you to know she was right there with you sweetheart. She still says goodnight to you every single night. 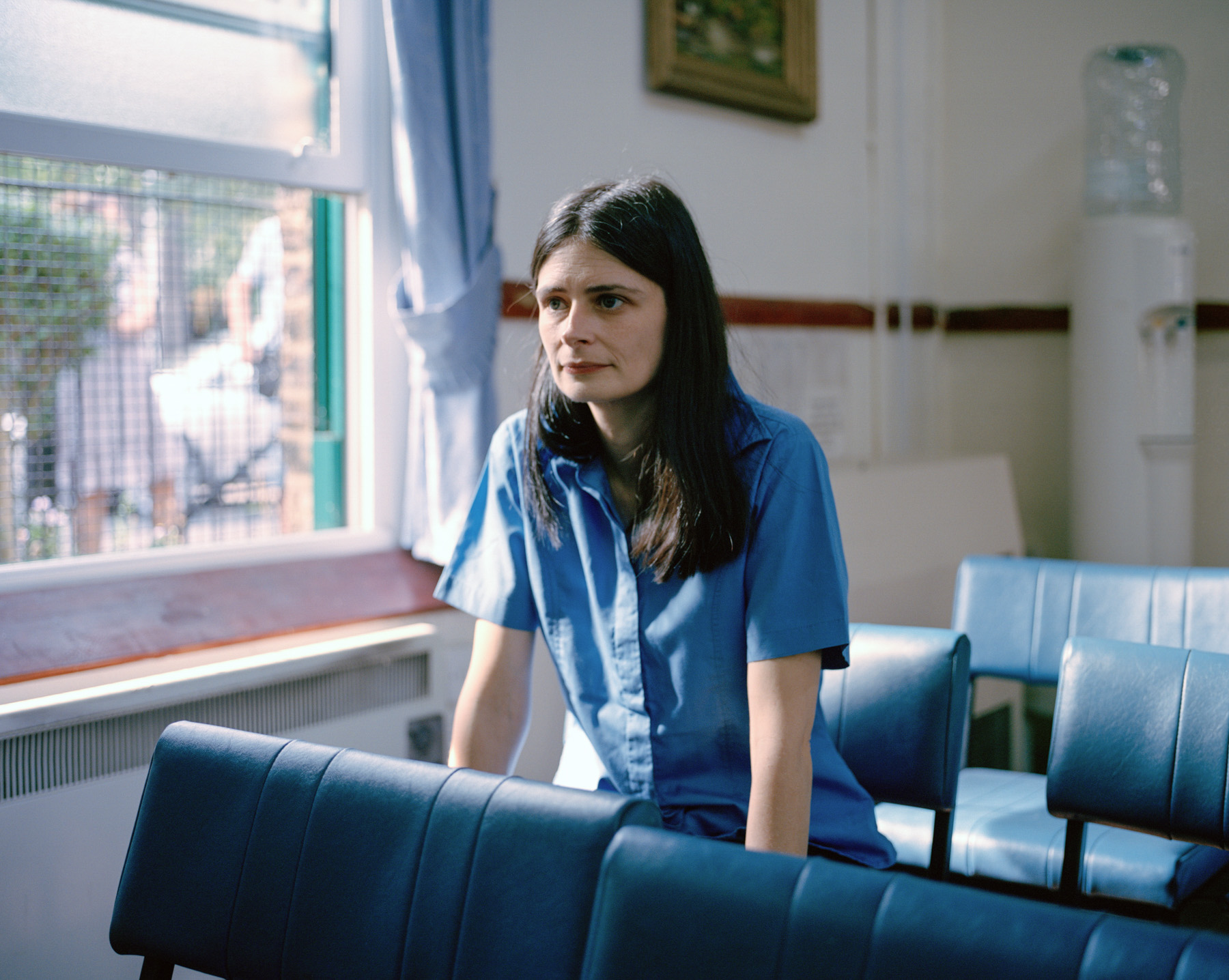 This message given by the medium acts as a trace, a glimpse of a connection, an attempt at finding your way back to someone lost.

“And the person or thing photographed is the target, the referent, a kind of little simulacrum, any eidolon emitted by the object, which I should like to call the Spectrum of the Photograph, because this word retains, through its root, a relation to “spectacle” and adds to it that rather terrible thing which is there in every photograph: the return of the dead.” 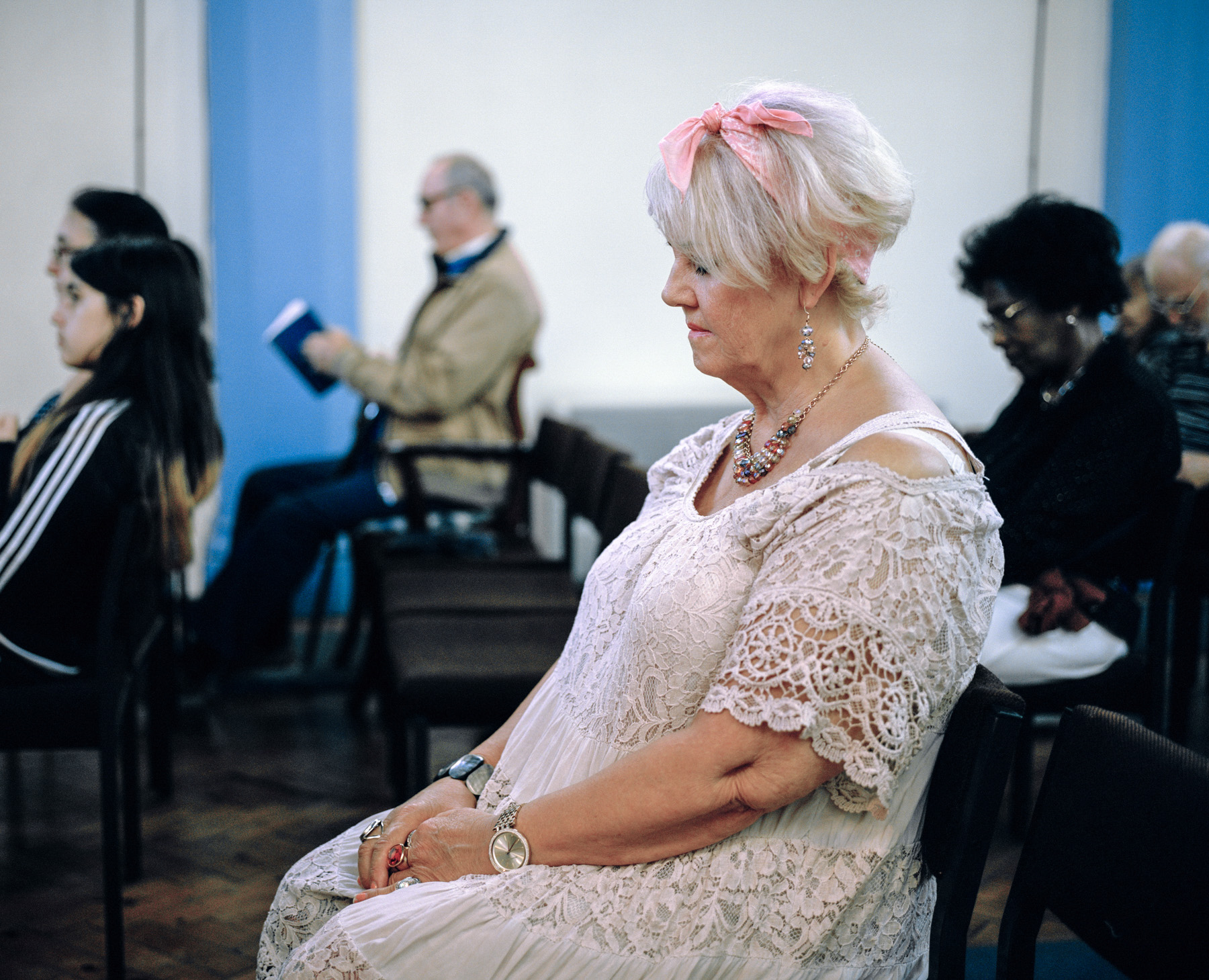 My daughter committed suicide when she as 41. She was very beautiful, Mandy. And you know, it’s very hard at times. I have all the photos of my family in my home, and going through a few relationships that have been up and down, I decided that I would stay with my spiritual friends in the spirit world, and my family. They are around in my home, the photos, and I do speak to them. 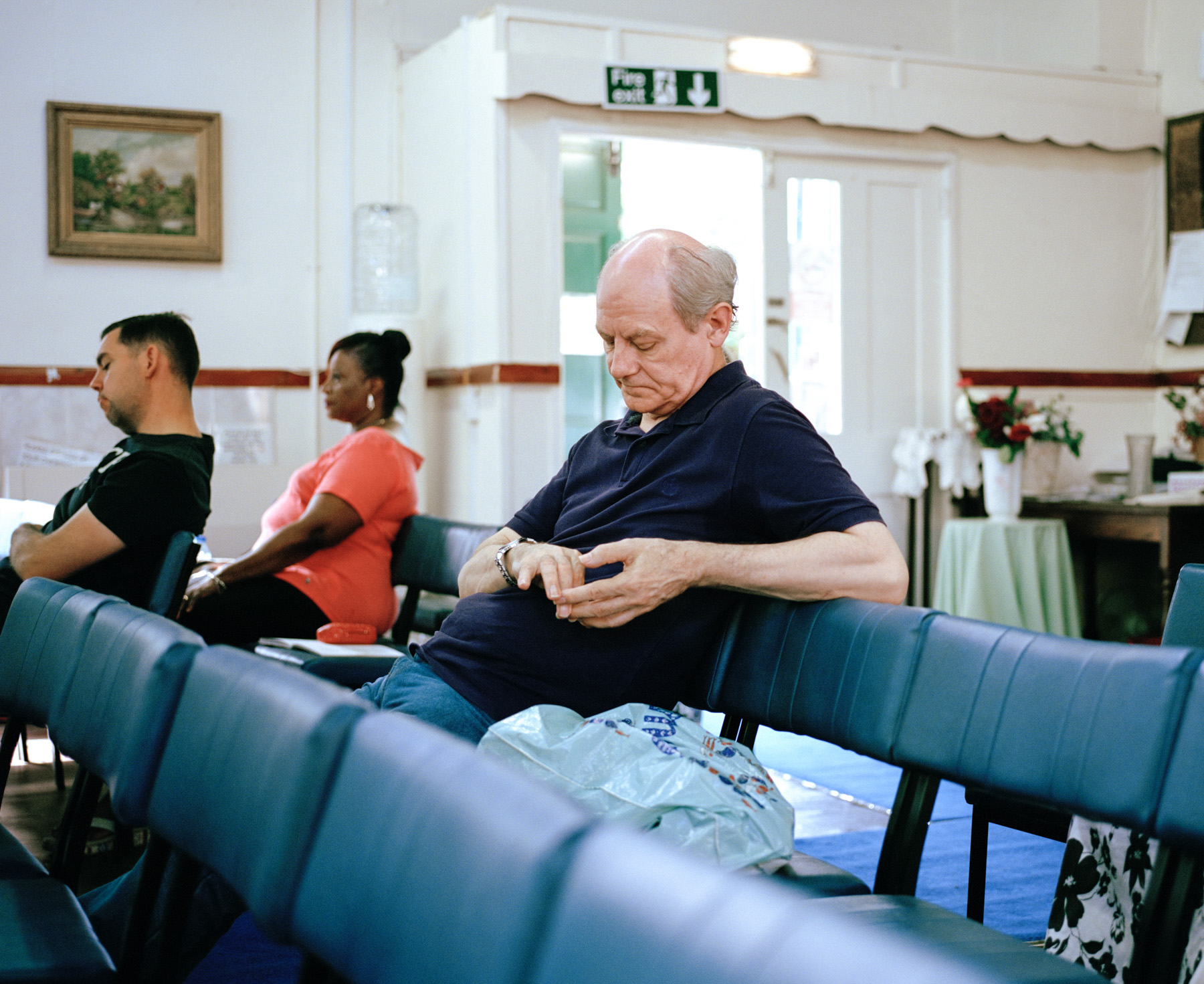 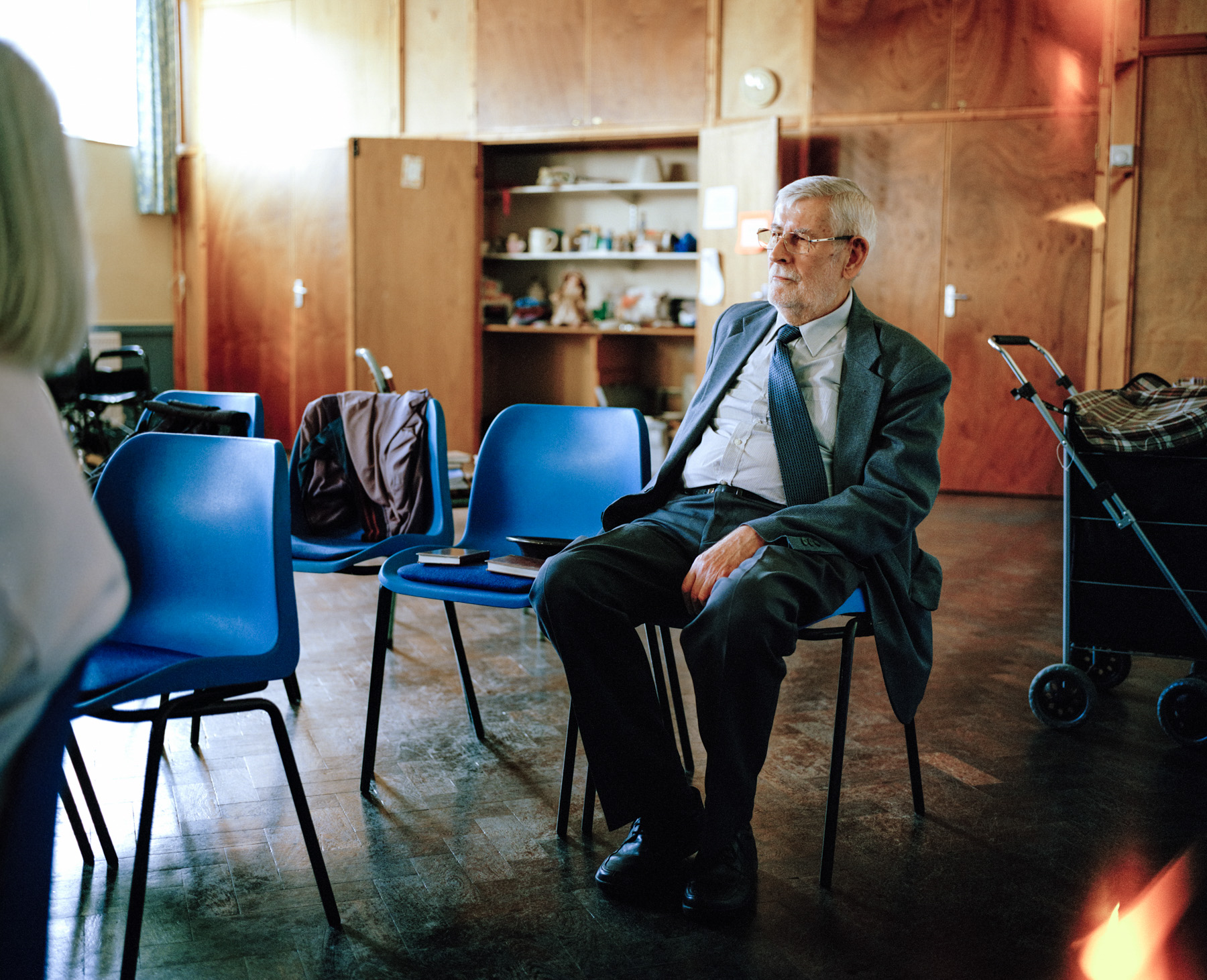 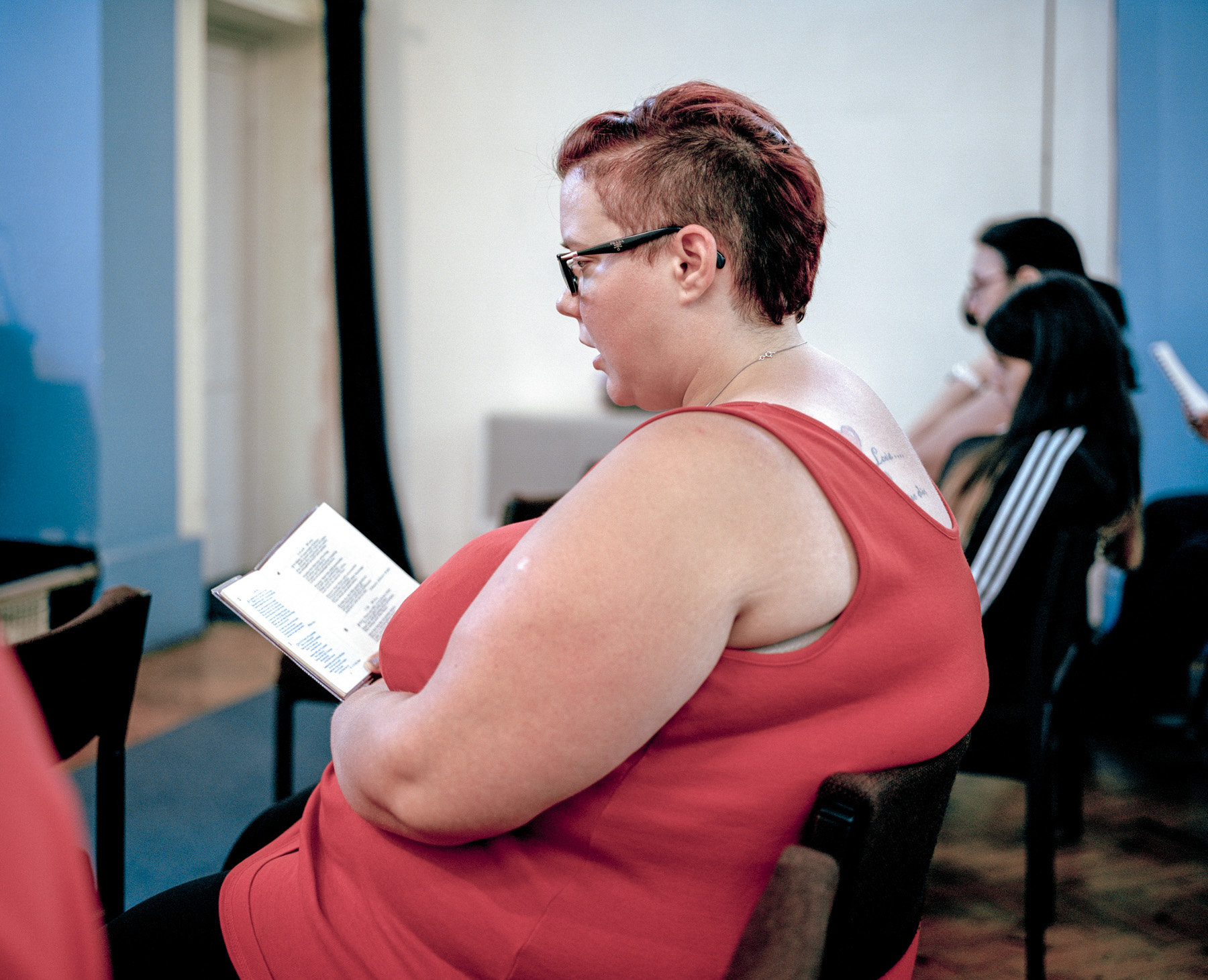 When we’re finished with the present body, what some people call death, the spirit vacates the body permanently, and goes back to the spirit world. It goes back to where it came from. From before. The joy of knowing that we have eternal life is one of the greatest gifts of knowledge that we can possibly have. 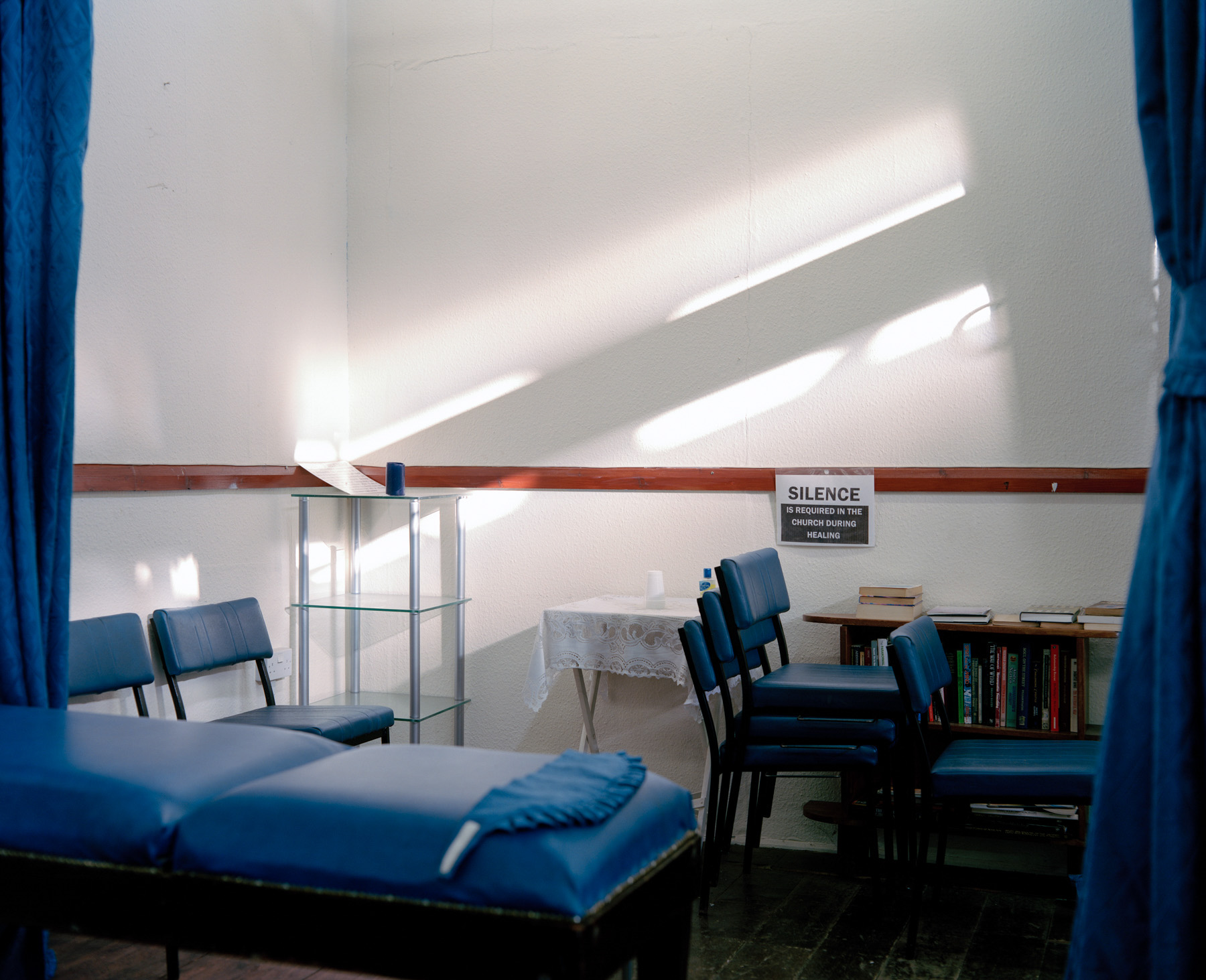 Democritus (400BC) was the first to think on the concept of the universe as made up of atoms, varying in dimension, indivisible and invisible. Democritus believed that energy was constant and lasted infinitely. This is the scientific theory that Spiritualists have woven into their belief system. They believe that the soul is made up of atoms and is therefore tangible and indestructible. 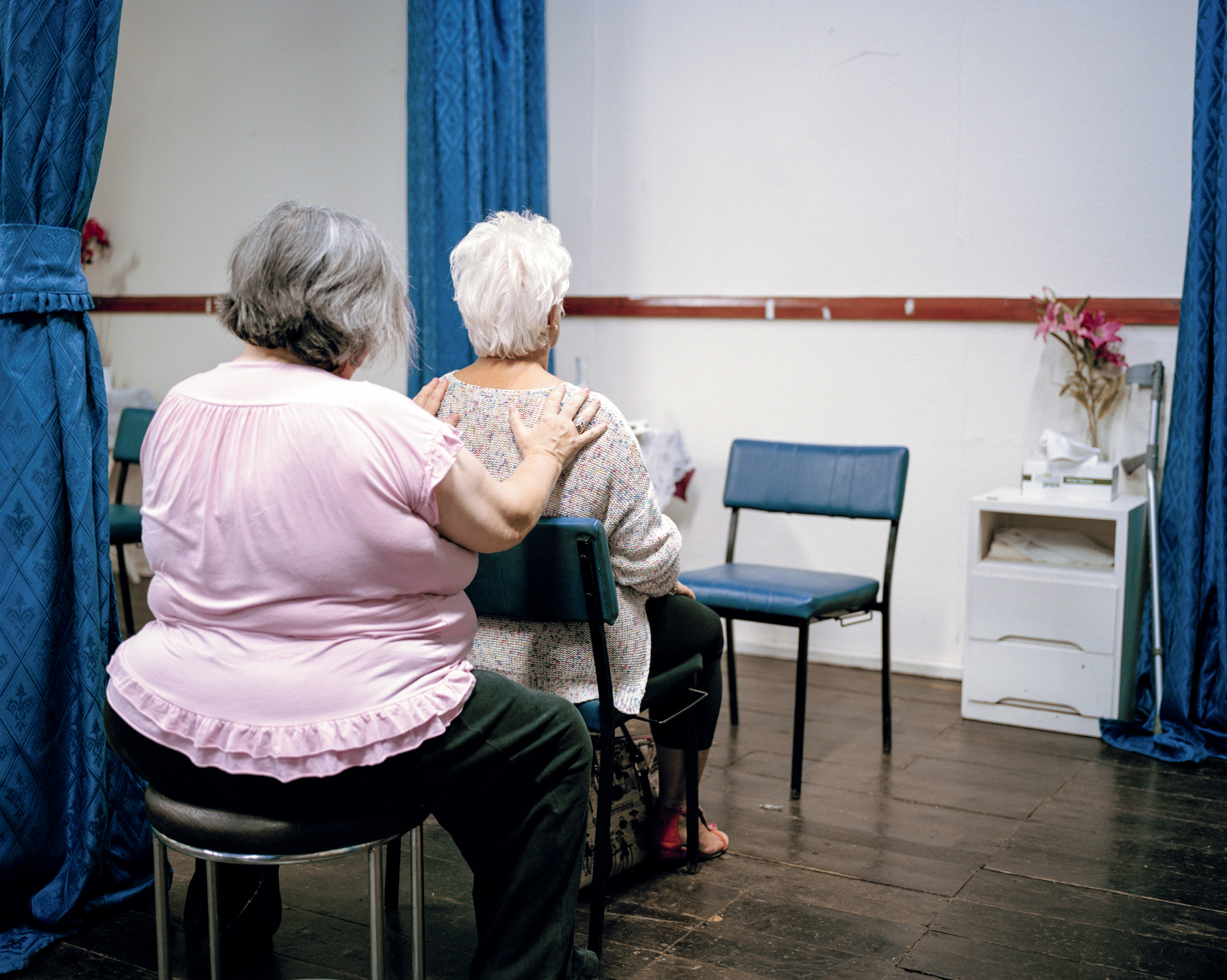 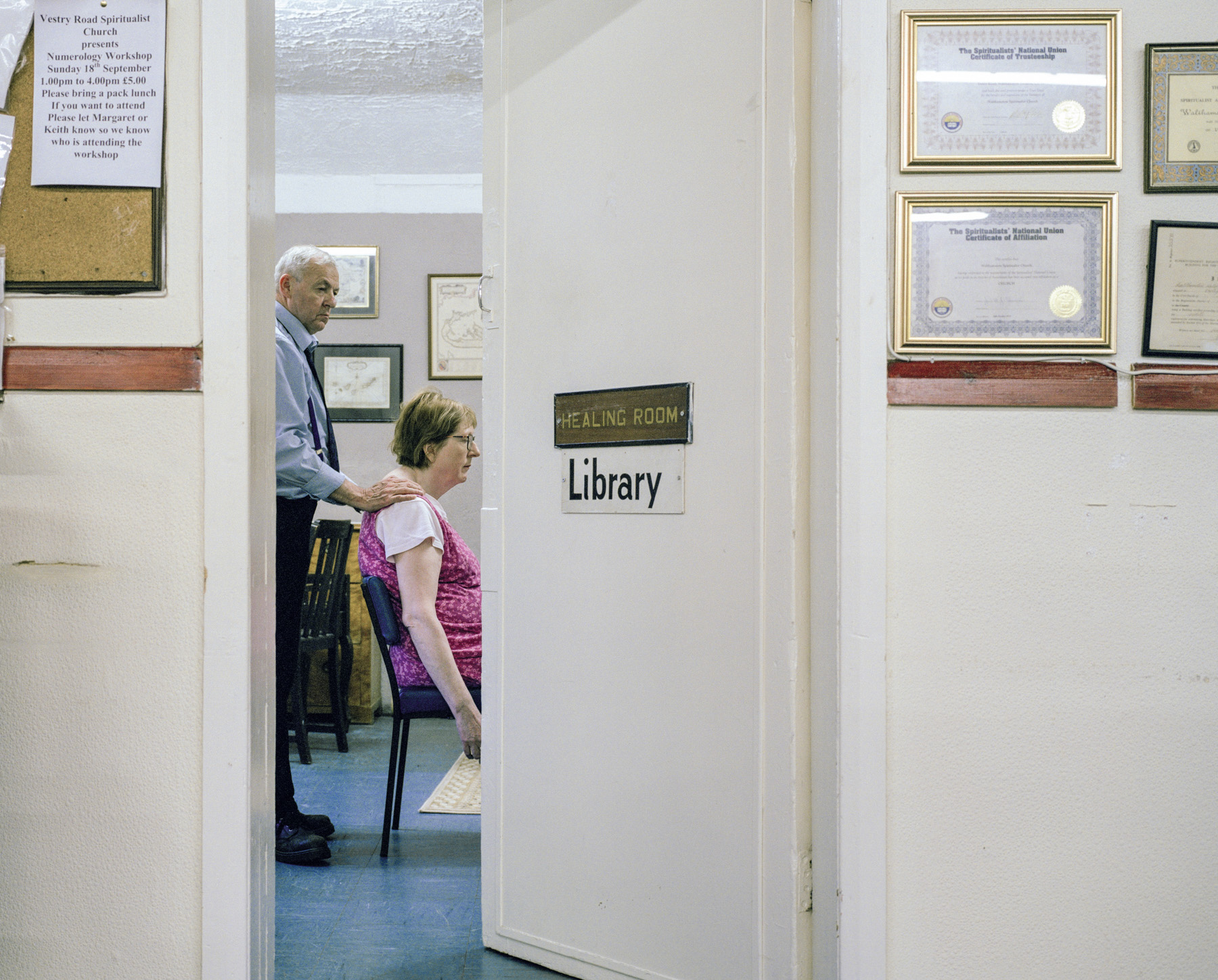 The belief that everything is connected weaves it’s way into healing practises.

It is accepted that spirits send healing energies through the hands of healers to people in need of relief from their earthly ailments. Healers spend time connecting with an individual, providing guidance and support. The healers do not claim to have superpowers, instead they act as channels or conduits to the healing energies of the spirit world.

Some healers use touch to transfer these therapeutic energies, and others hover their hands a few inches above, or simply sit opposite. Those that receive healing testify to the healers ability to alleviate symptoms whilst creating a deepened sense of inner peacefulness. 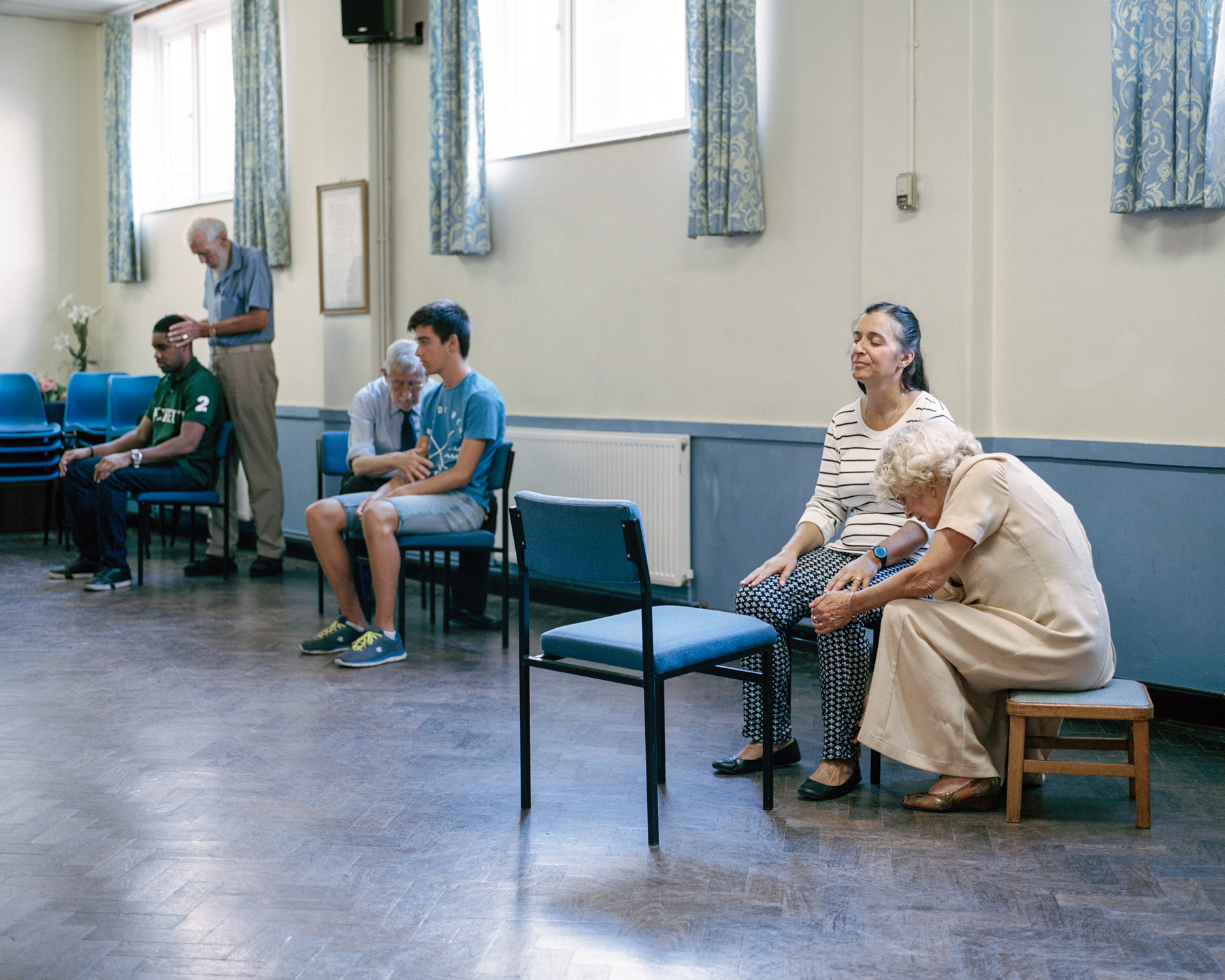 We come from spirit we are spirit now and when you do healing, you’re healing to that spirit in that other persons body. It’s the spark of the divine which we are all part of. So that’s all I can say really. You’re just here to help one another. 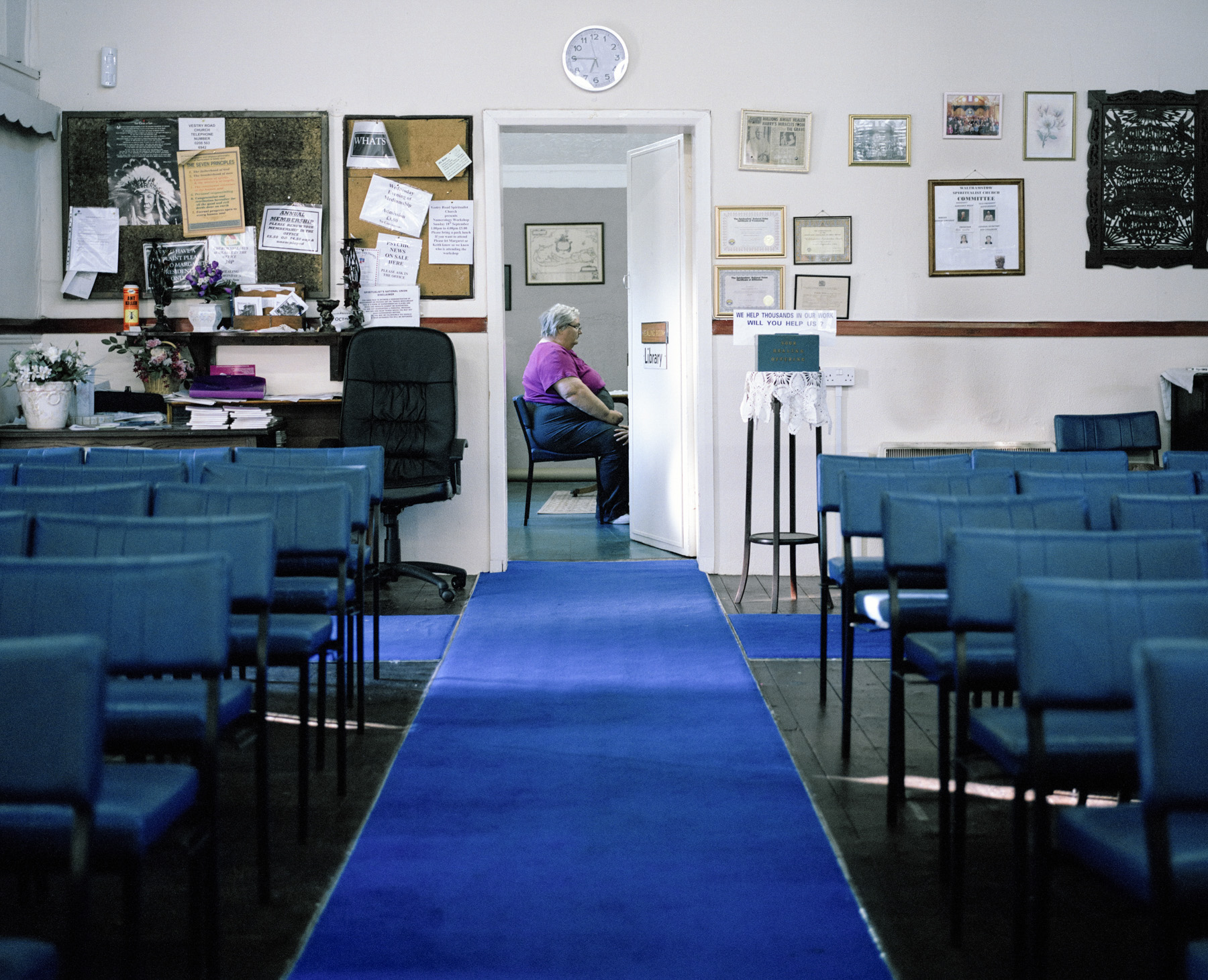 Over time, this story became a study of loss, absence, and belief. It underlines our need for reassurance that life, as we perceive it, is not the totality of our existence. That there is something more… All that is intangible, invisible, unknown will one day become clear and present. We spend so much of our time trying to place meaning, searching for connections, explanations. But meaning is an ever illusive and transformative thing. We find it where we need to. 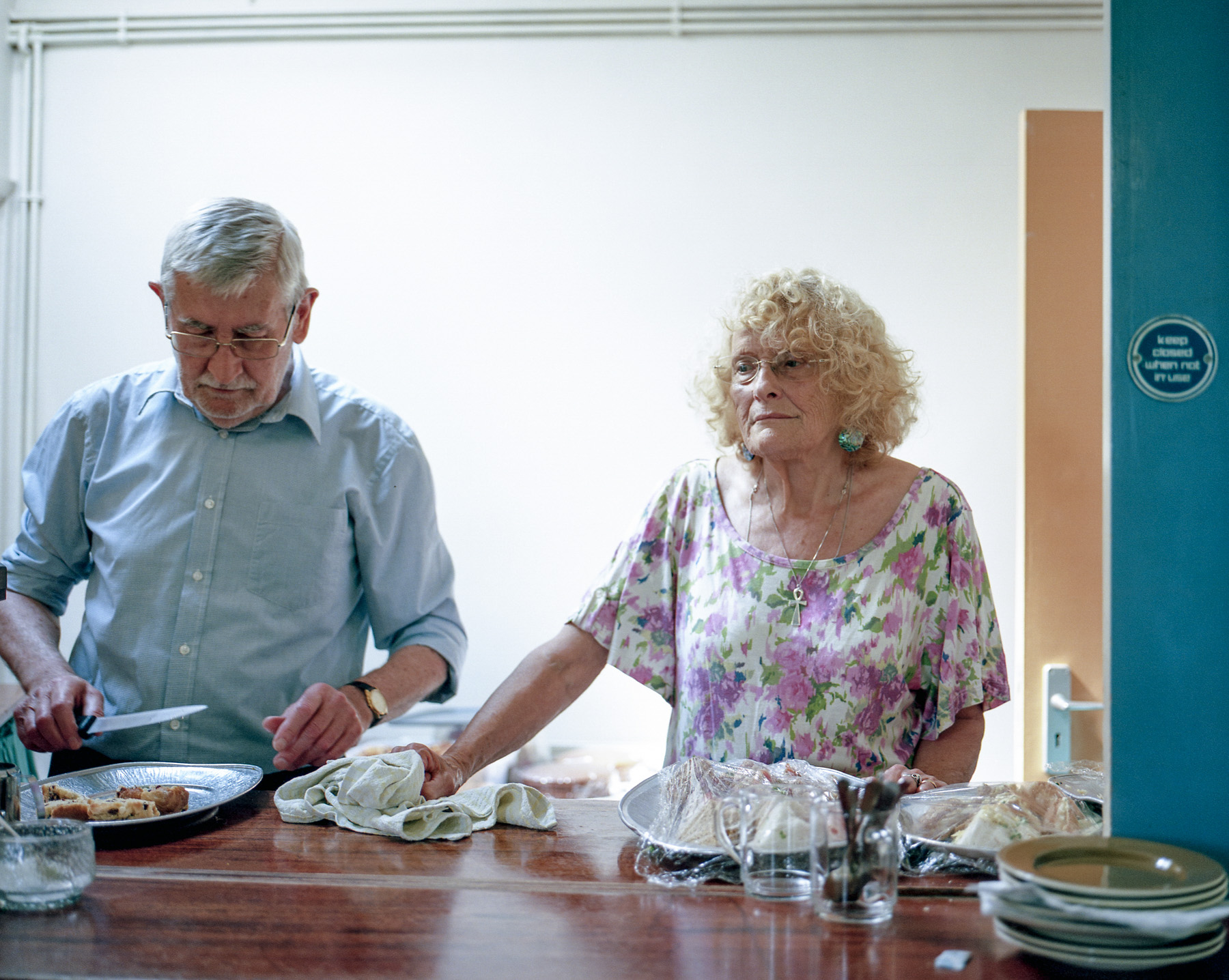 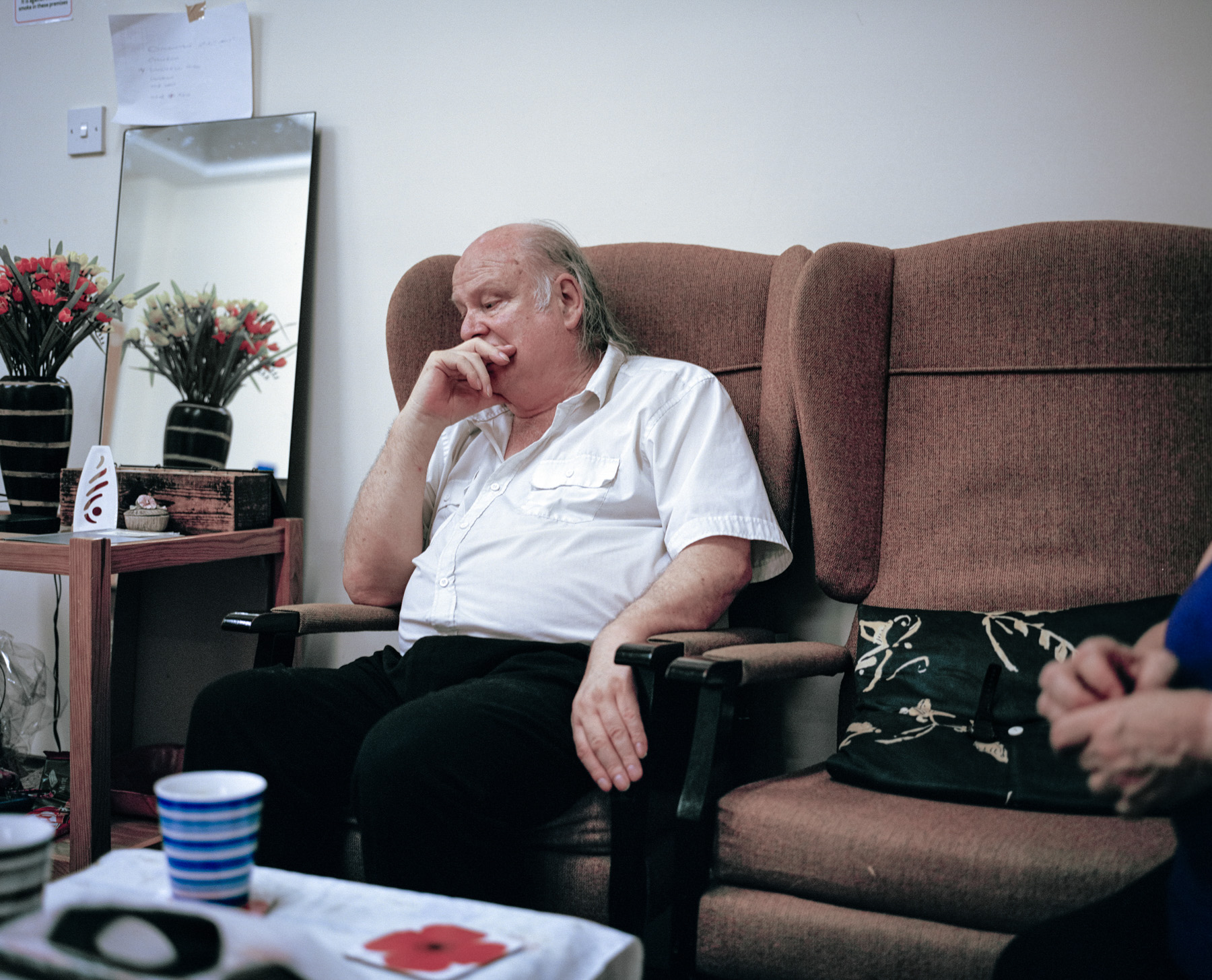 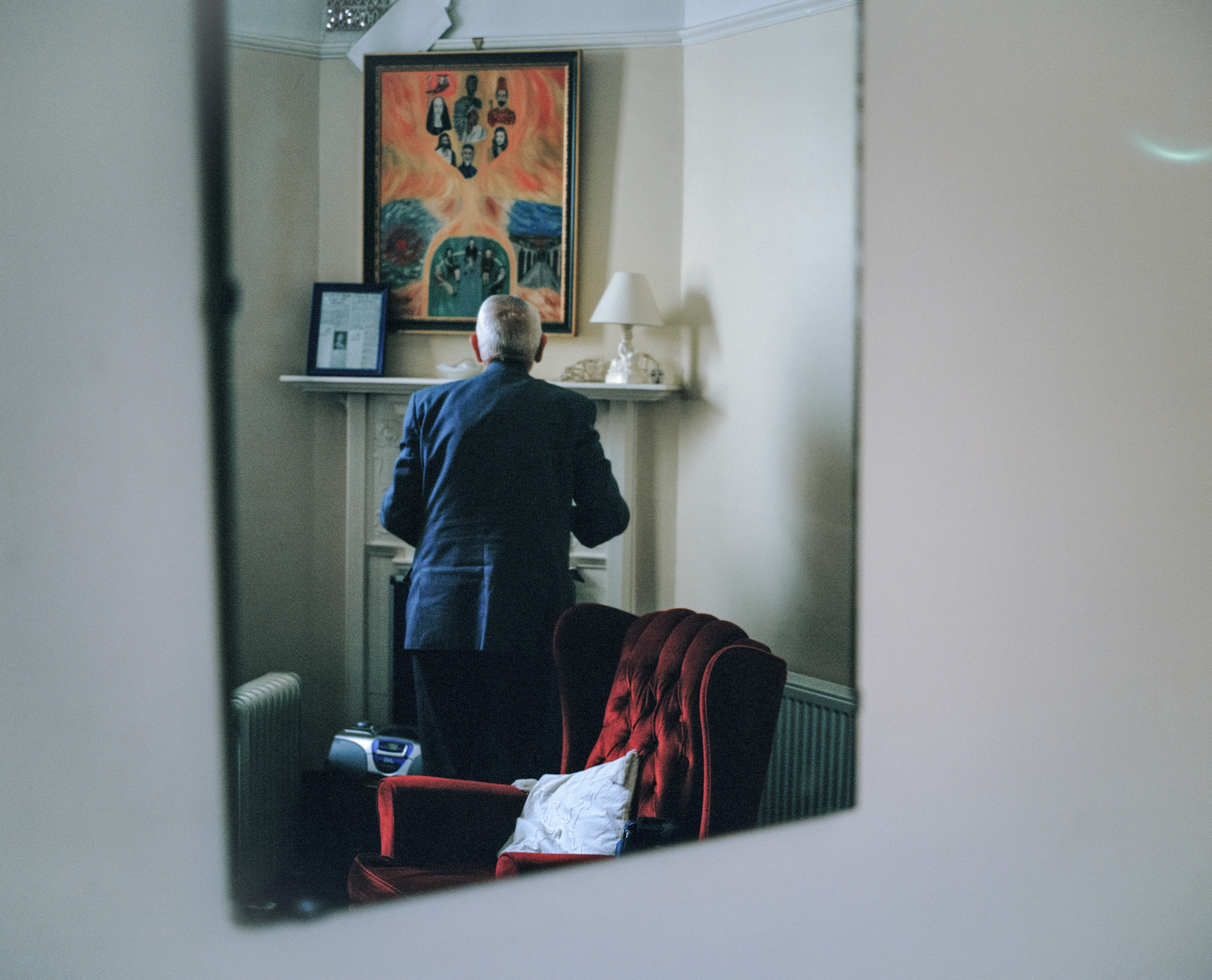 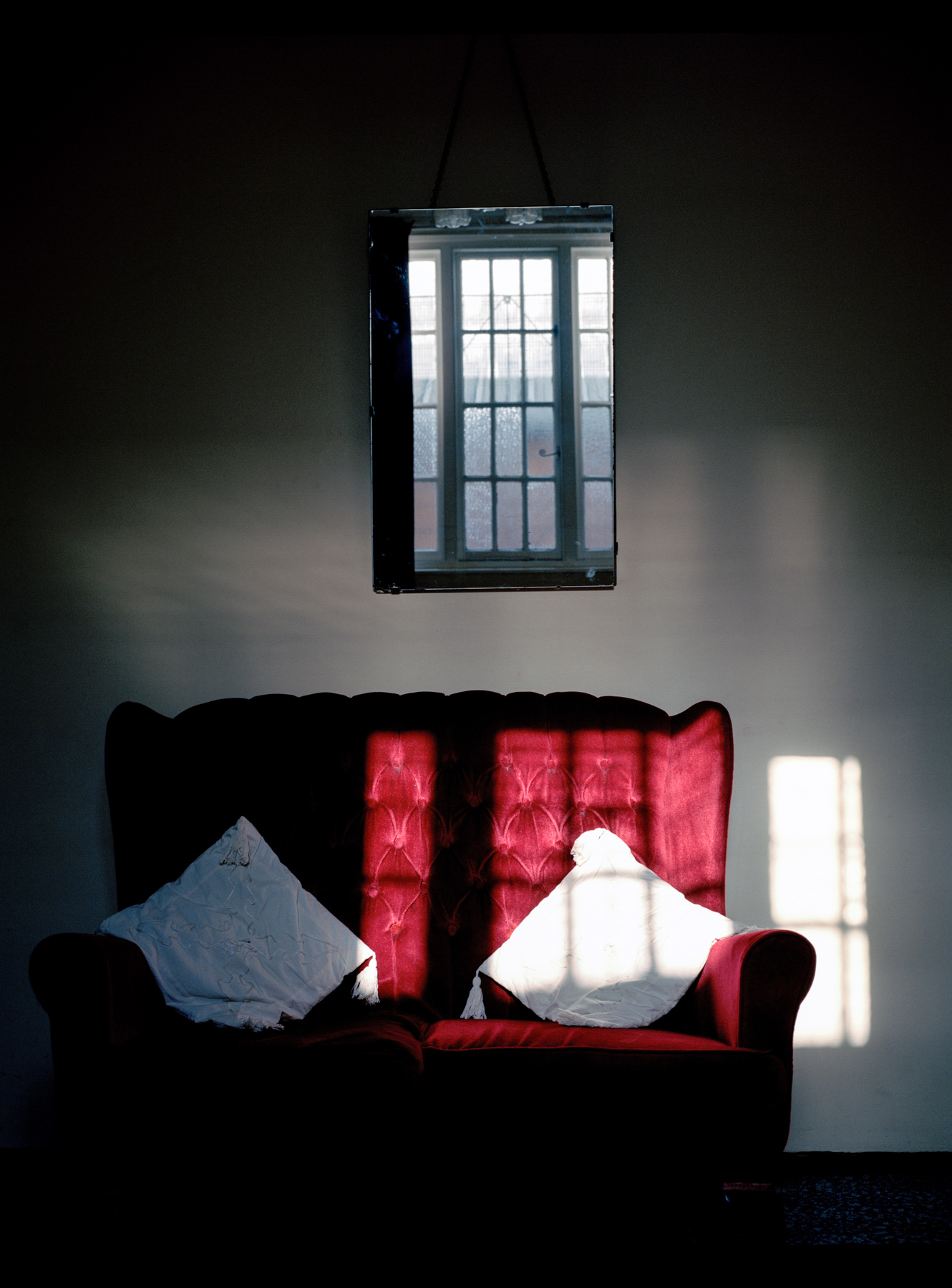 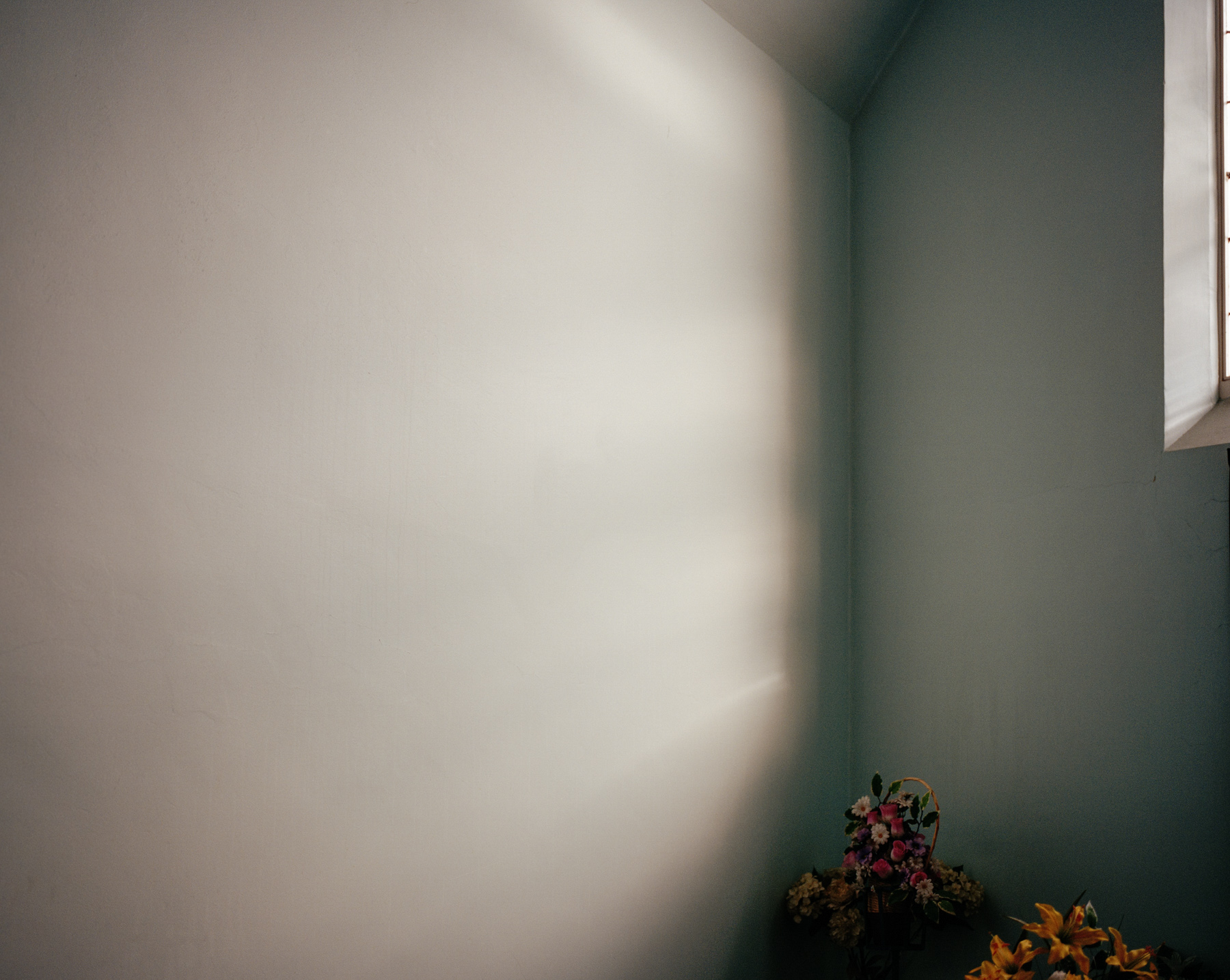 I think that when we shuffle off this mortal coil as they call it, we do go somewhere. Because to me, if it was just darkness, and the end. Then to me that would be a waste of time.

Stephanie Rose Wood is a Naarm/ Melbourne-based British collaborative, community-centred storyteller. Her work enables narrative expression through documentary photography, education and curation. Her creative practice is research-driven and explores the complex interconnections between community, ritual, and the psychology of belief.

Her work as an educator is integral to her practice. She collaborates with Sydney based organisation, Contact Sheet in the development and delivery of their education program. She also teaches documentary photography at Photography Studies College, Melbourne.

In 2016 she completed a Masters of Photojournalism and Documentary Photography at London College of Communication.