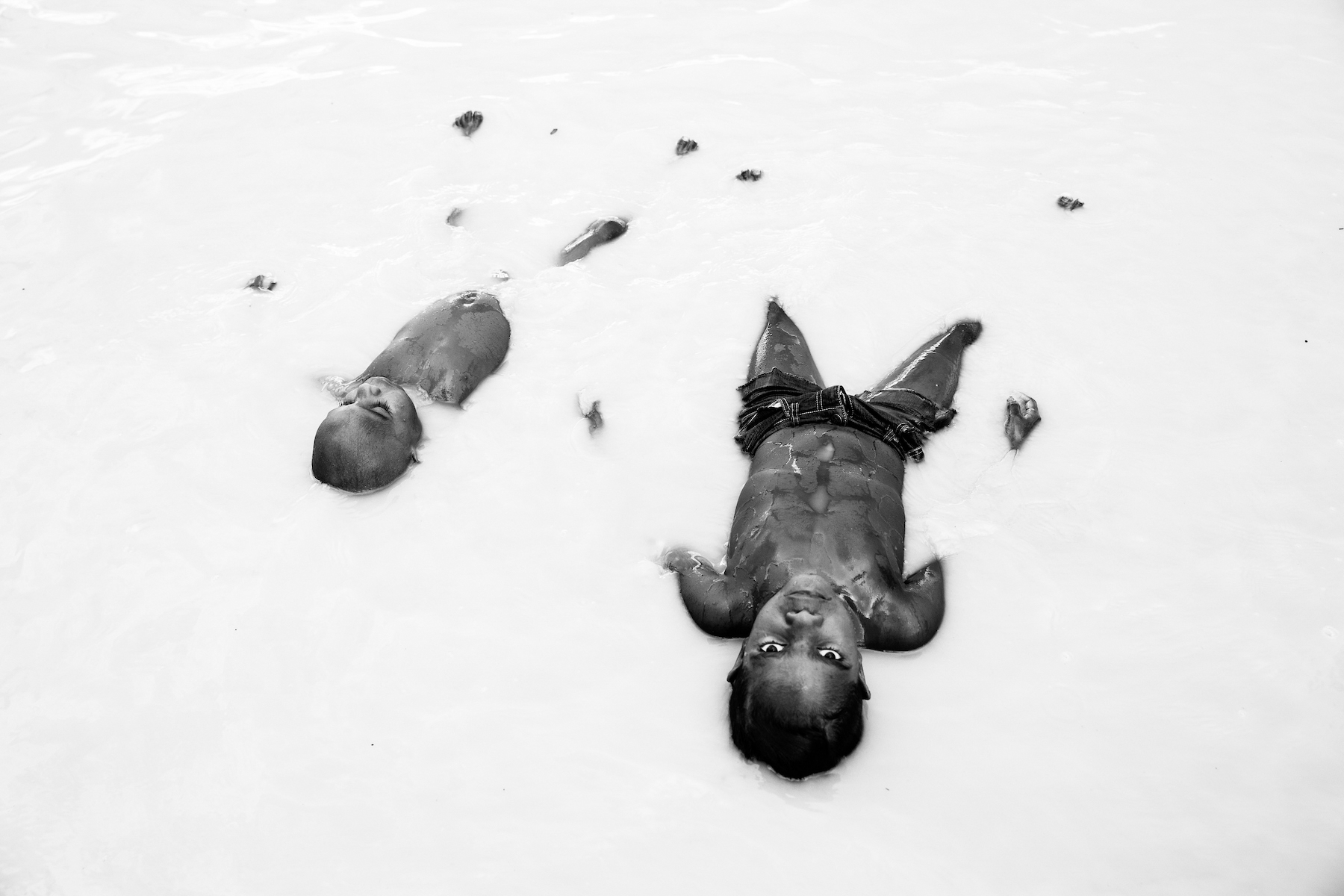 Words and images by Martine Perret

We acknowledge the traditional custodians of the land on which we live and pay our respects to their Elders, to their ancestors and the generations to come, for they hold the memories, the traditions and future of Aboriginal and Torres Strait Islander peoples across the nation.

Aboriginal and Torres Strait Islander viewers are advised that this visual story may contain images and voices of people who have died. In viewing those images and words, we celebrate the lives of those who have passed away.

Ngala Wongga is a collaboration between photographer Martine Perret and the Indigenous community of the Goldfields-Esperance region of Western Australia. The subjects and their families played an intrinsic role in the selection of material for Ngala Wongga. Each participant has authorised the use of their narratives and their photographs in this project. Combining landscape, portraiture and multimedia, Ngala Wongga highlights the link between Indigenous Elders and the land, and emphasises the cultural importance of Australia’s endangered languages.

Since first visiting Australia and now living in the Margaret River region of Western Australia, I have felt a deep connection to the landscape of this vast country.

Outside of my work as a United Nations peacekeeping photographer, I decided to focus on more personal projects, on my art photography. In July 2015 I decided to fly over the salt lakes of the Western

Australian Goldfields to photograph a series called Gungurrunga Ngawa (Look Above), as a sequel of sorts to my earlier books and the exhibition From Above, which captured aerial views of the south west region of Western Australia. I wanted to do more than aerial views, I wanted to tell a bigger story; to draw attention to the need to preserve at risk Indigenous languages in Western Australia’s Goldfields. So, I also chose to document some of the last remaining speakers of this region, in a way that expressed their physical and cultural connections to their land. The collaborative project developed over 18 months, during which I drove over 25,000km – between my home in Margaret River to and from the Goldfields’ towns of Kalgoorlie, Norseman, Laverton and Wiluna – and spent five months, on and off, on the ground with local Indigenous Elders, gaining their trust, listening to their stories, recording and photographing. I came to appreciate how intertwined their language is to the land and to their cultural wellbeing; and I glimpsed the ominous impact of when a language dies out.

Over that time – on the land, in the skies and on the road – my ambition grew and a wider project emerged: Ngala Wongga (Come Talk). Initially I wanted to call the book ‘Talk to me’ but on a visit to Kalgoorlie in 2015, Gary Cooper’s mother Laurel Cooper and her friend Josie Boyle suggested ‘Ngala Wongga’. It means ‘Come Talk’ in Wangkatha. ‘Talk to me’ was hard to translate in their language and ‘Ngala Wongga’ made more sense to them. And so the title was chosen in the very early days of the project and my visits to the Goldfields. The aerial photographs and the portraits came together with audio and visual recordings, culminating in a multi-sensory installation exhibition which opened on 20 September 2016 at the Kalgoorlie Goldfields Arts Centre.

It was the result of many collaborations, but most importantly with the local Indigenous speakers – who gave of themselves and told their stories of land and language. I am delighted that the Ngala Wongga story and, inherently, the plight of these Indigenous languages has been shared with many, as the exhibition travelled around Western Australia and opened activities for the ‘Year of Indigenous Languages’ at the Australian Embassy in Paris in 2019.

Now in book format I hope this snapshot of the Ngala Wongga story can travel even further afield. 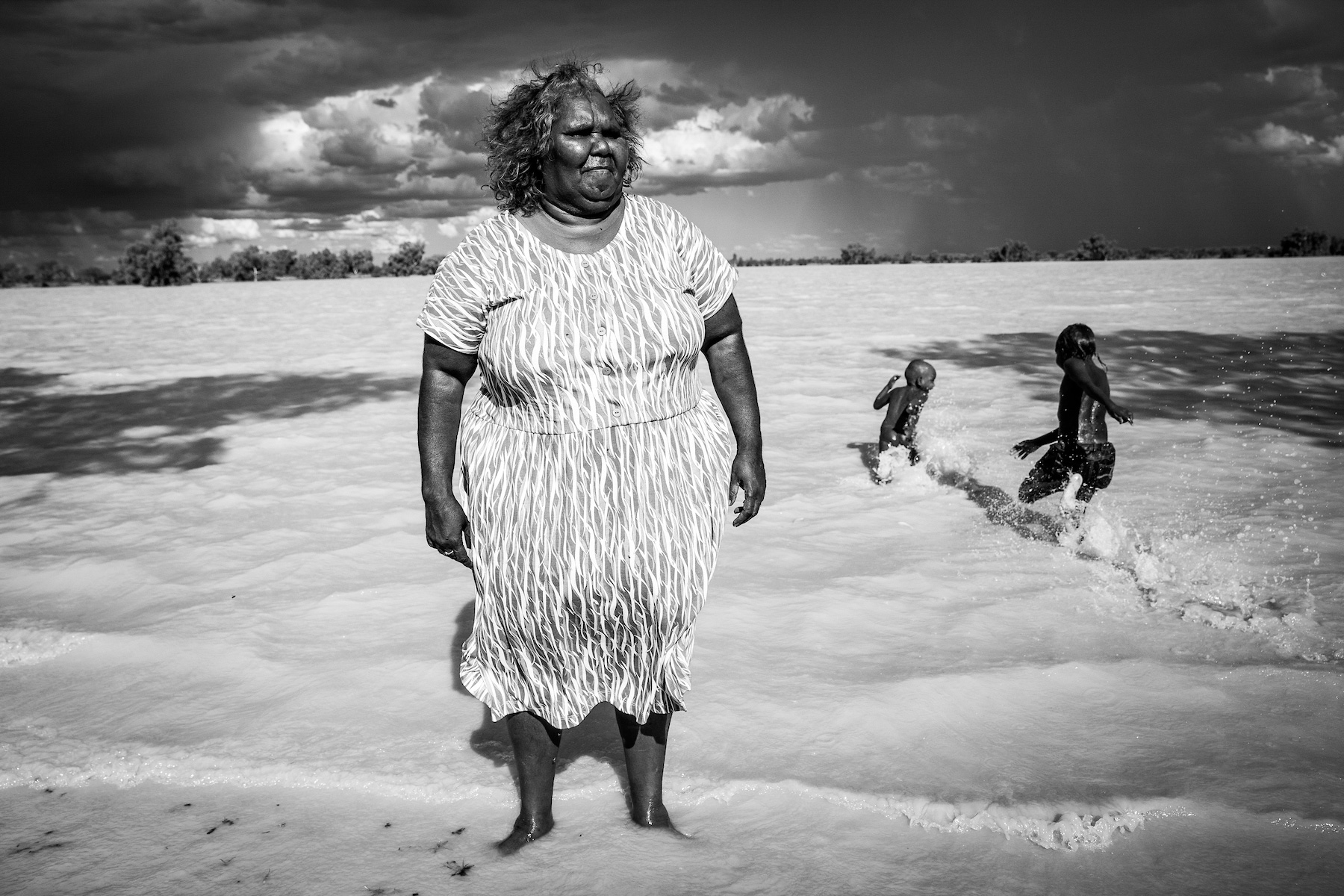 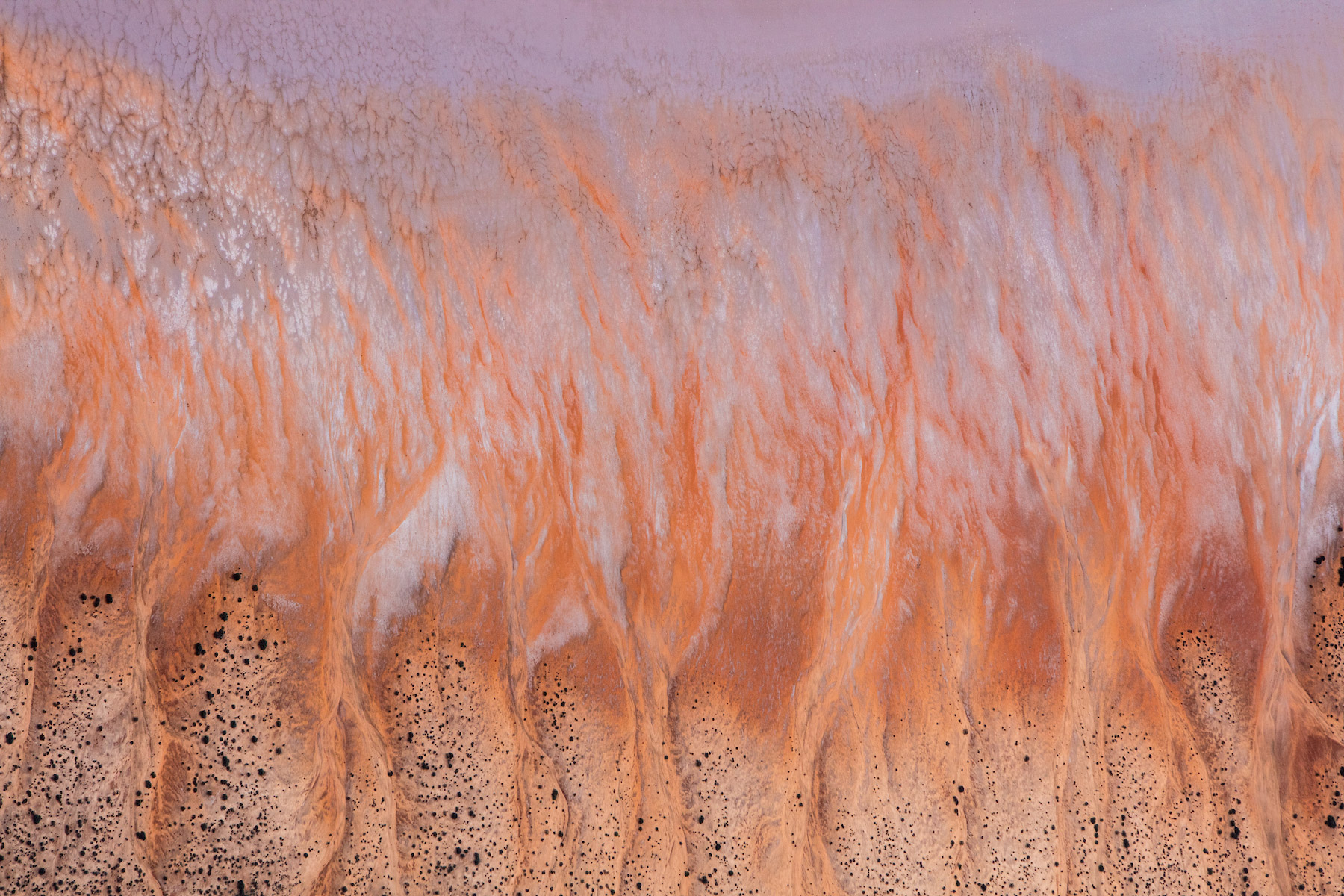 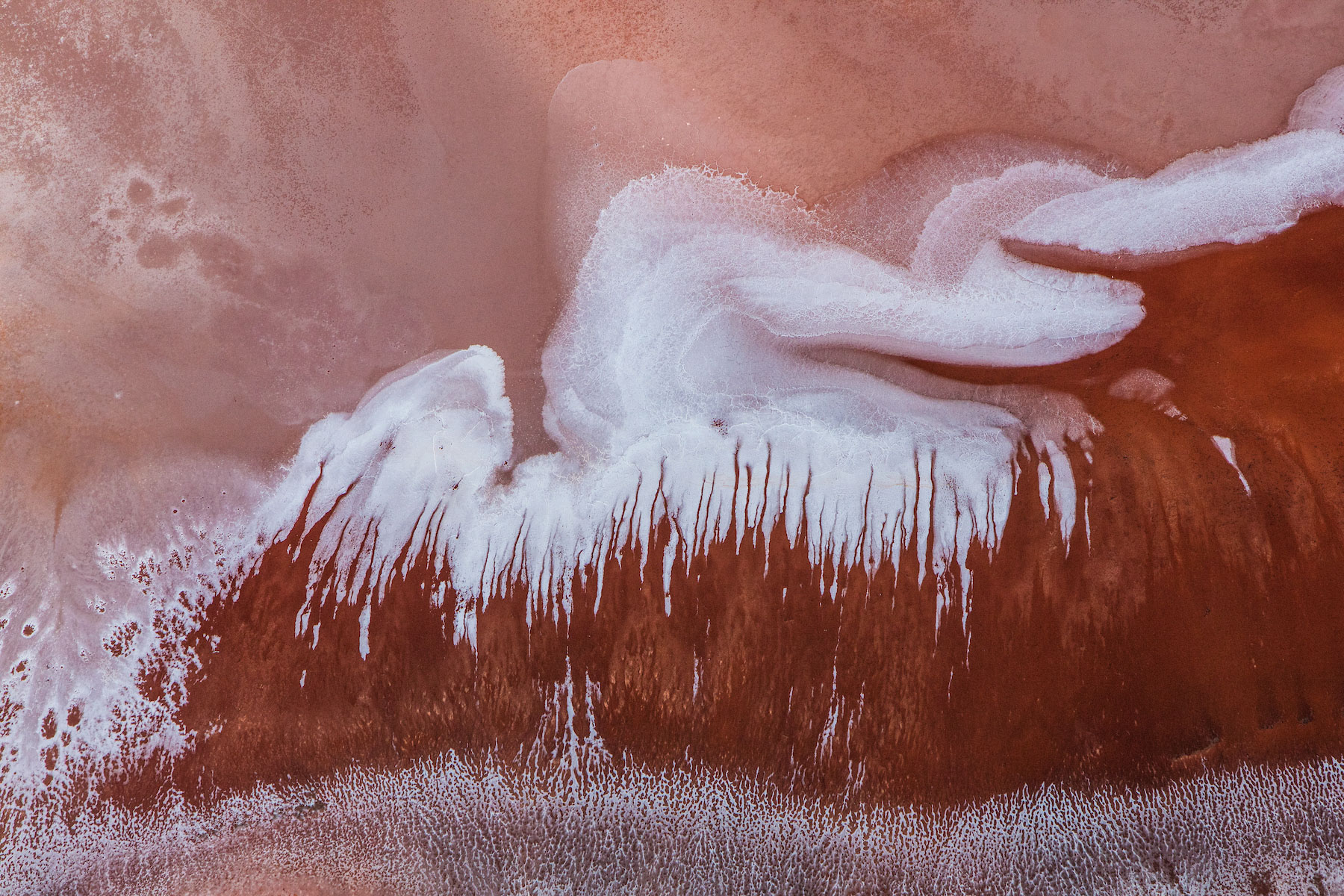 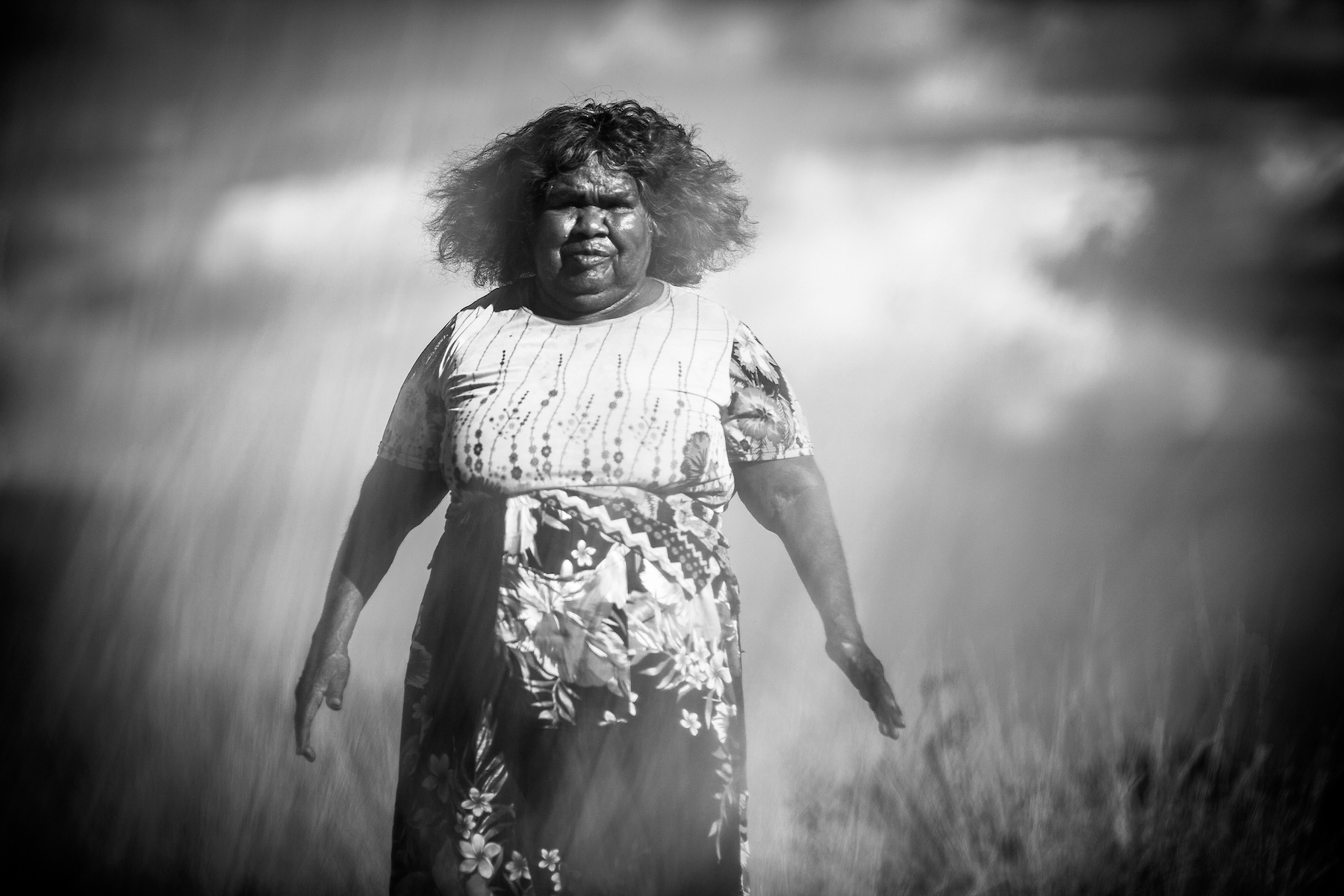 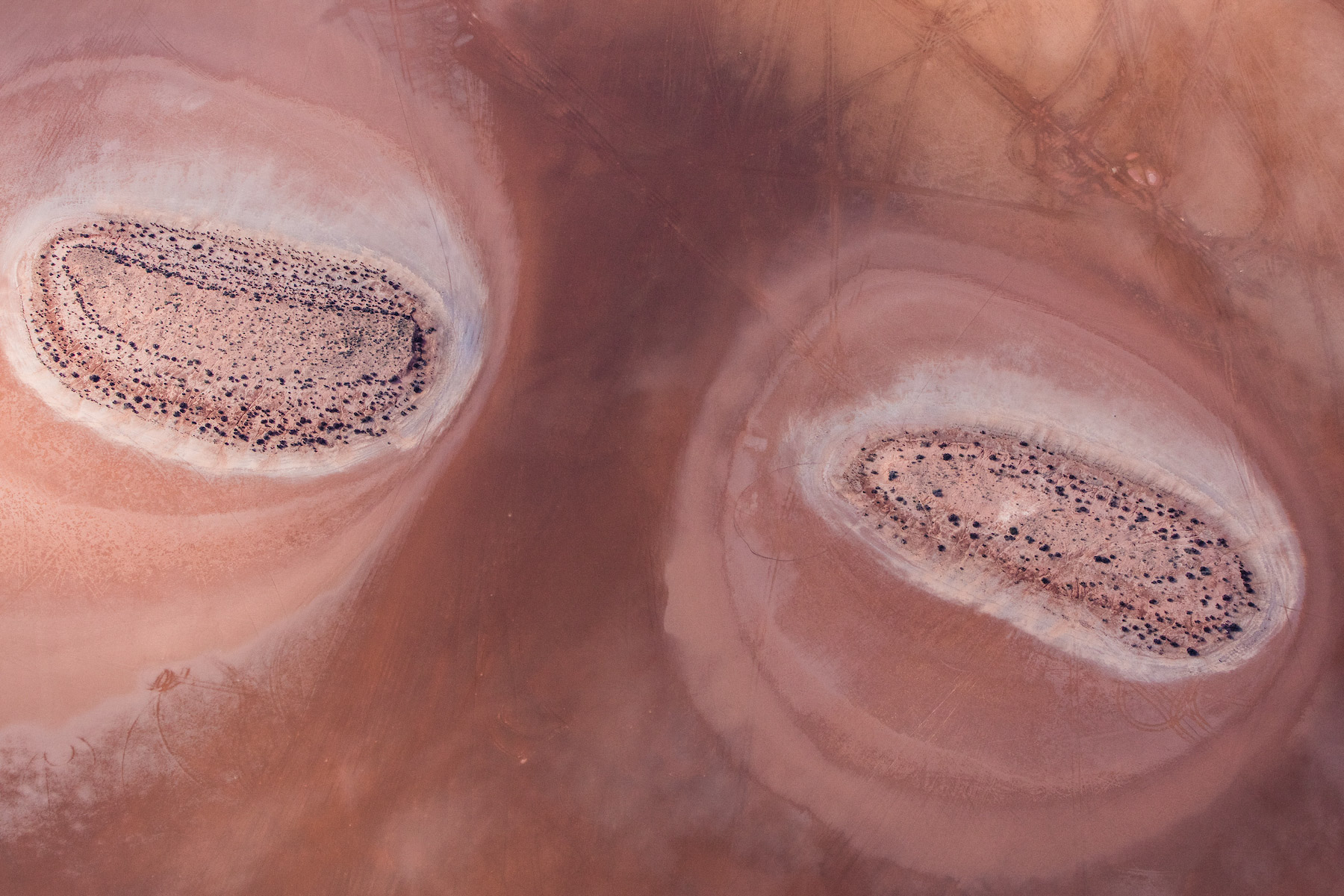 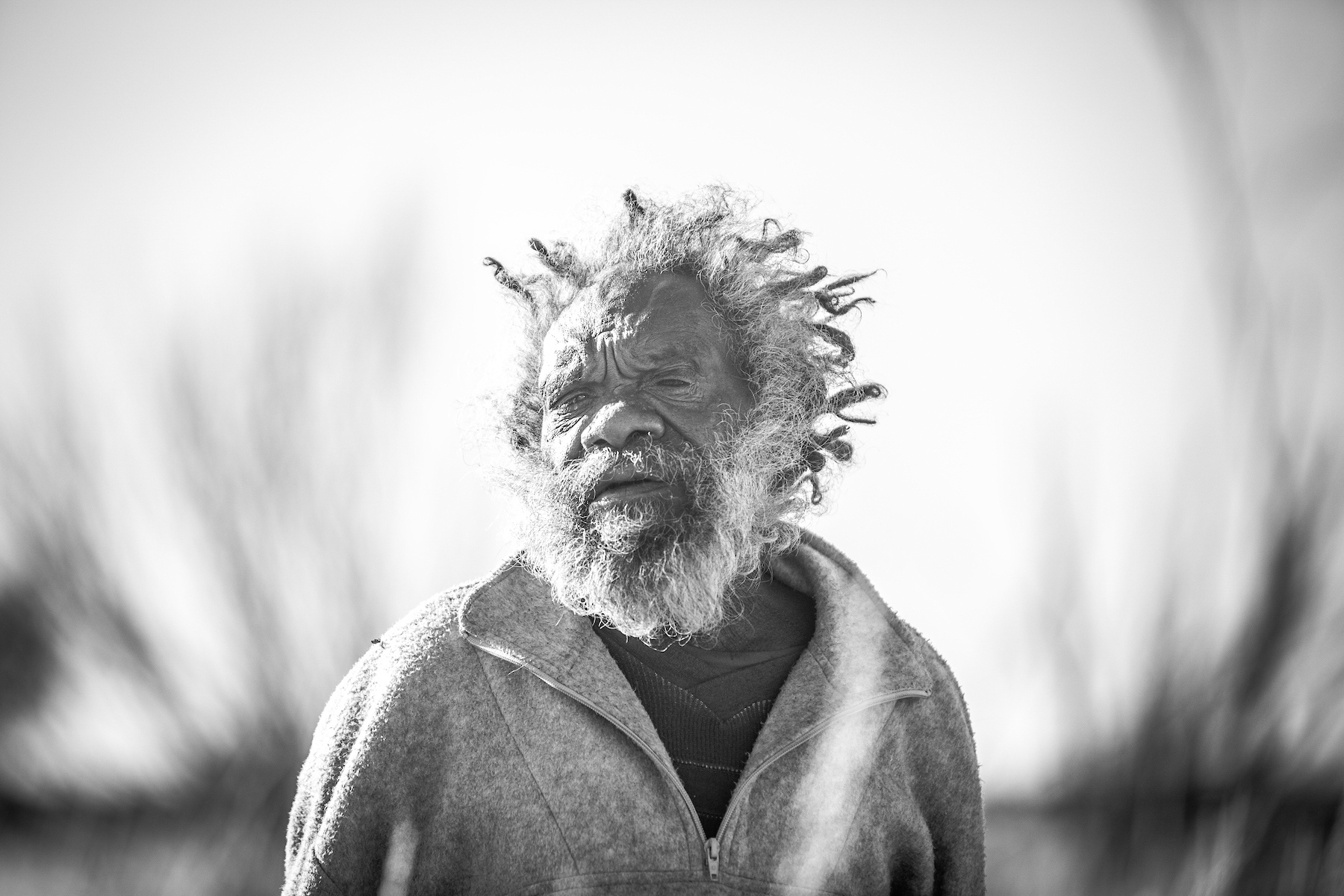 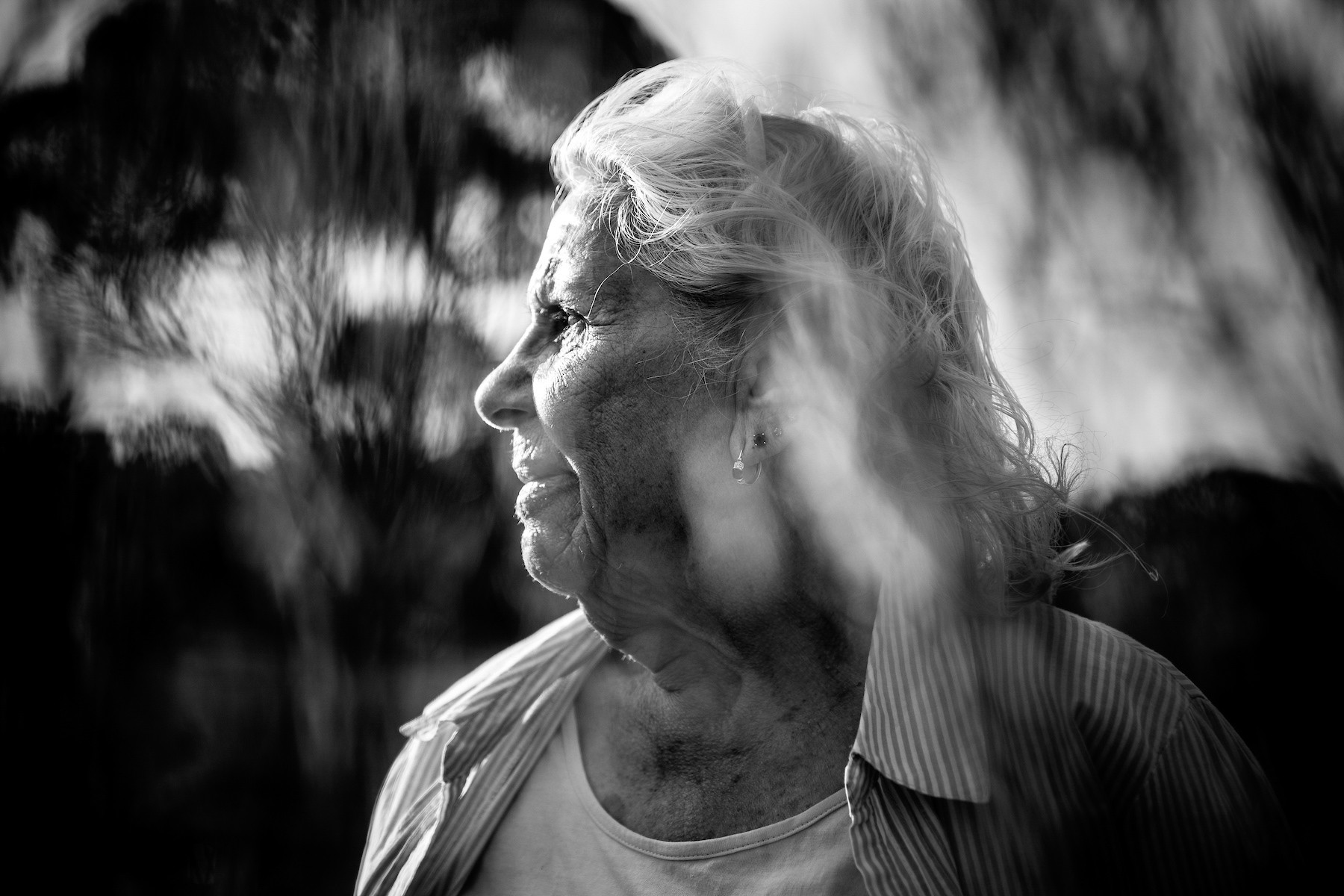 Martine Perret is a photographer and artist living in Margaret River.

After a long career in photojournalism, covering UN peacekeeping missions in conflict zones, such as Burundi, the Democratic Republic of The Congo, Timor-Leste and most recently in South Sudan and West Africa (documenting the Ebola crisis response), Martine now focuses her time on producing work in and around Western Australia with a strong focus on the aerial landscape as a storytelling tool.

Through publication, exhibition and awards programs Martine’s work has been celebrated nationally and internationally for her contemporary approach to conceptual landscape photography. Her most recent project ‘Ngala Wongga, Cultural and Significance of Languages in the Goldfields’ approaches indigenous language and history through the use of her signature aerial landscapes, portraits and gallery installations. The exhibition toured with ART ON THE MOVE for 18 months in WA and at the Australian Embassy in Paris for the launch of activities for the International Year of Indigenous Languages in 2019. ‘Ngala Wongga’ book has been published with a multimedia link to the Australian National Commission for UNESCO’s website as a legacy work.