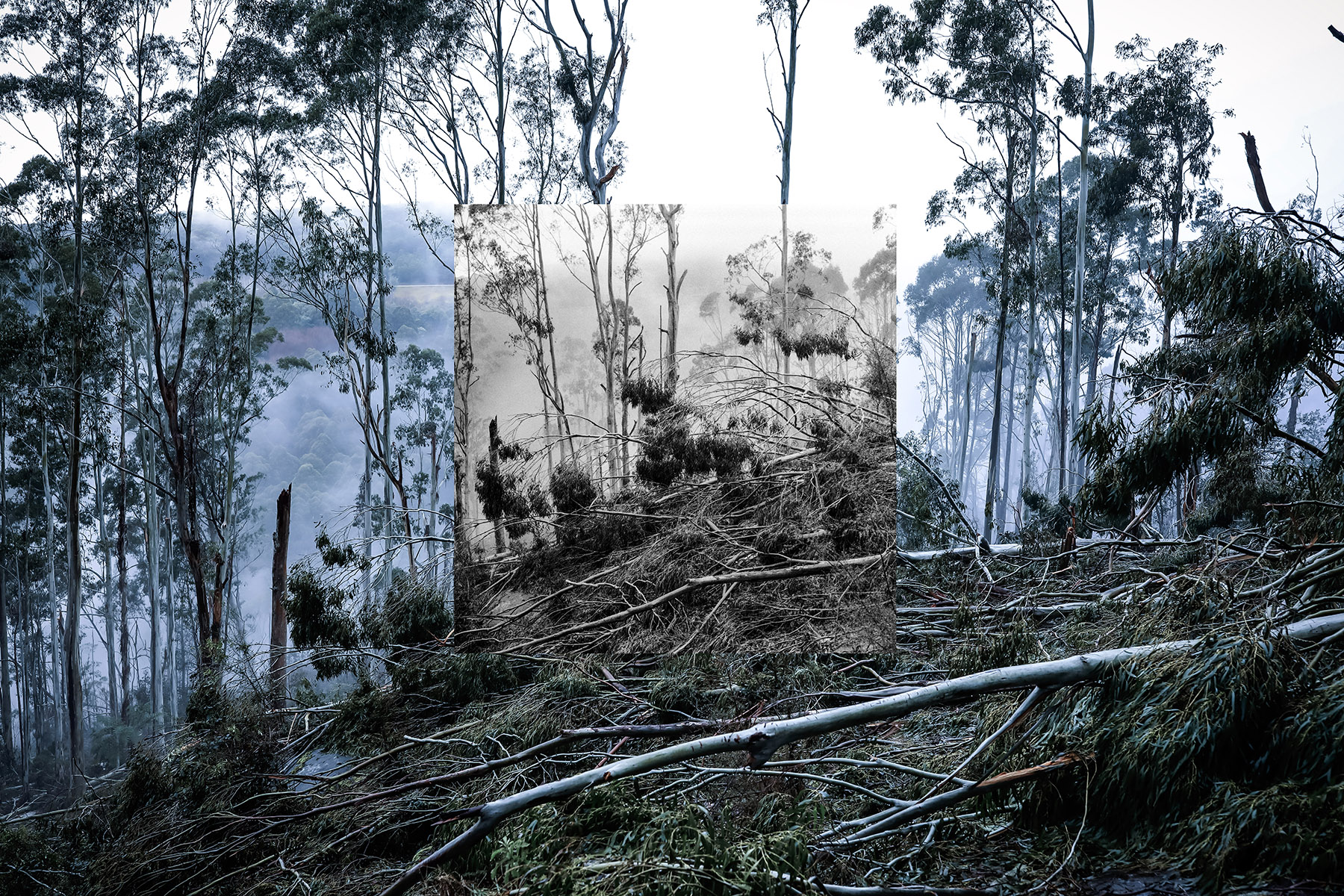 There Used To Be A Canopy Here | Cathy Ronalds

A photographic series depicting the devastation our community felt in honour of both our collective trauma and the bush after the June storm, 2021, in the Dandenong Ranges.

On June 9th 2021, a storm ripped through many parts of the state hitting some areas, including the Dandenong Ranges, particularly savagely. On the mountain, at times cyclonic winds tore through in narrow bands, uprooting tall mountain ash trees and smashing more than 100 homes in its path. Power and communication was cut for between days and many weeks, depending on the street one lived on.

While my family’s home was safe, I felt deeply disoriented and bereft for our bush, our community and the future of our planet. I photographed the smashed and broken bush to process it.

Attempts to convey my connection to the natural world in words typically feel grossly inadequate. To me, the bush is a giant witness. It stood quietly on this mountain for many centuries – plant, animal and fungi species intelligently intertwined and related. Colonisation changed this and climate change threatens it further.

Natural disasters are etched into our psyche of possibility here in Australia. The number and scale these past two years is distressing and all the more concerning in the context of a tipping point for the planet’s climate.

Experiencing the wildness, terror and destruction of a very unusual weather event during the pandemic, on such a localised scale, shook our community raw.

This series attempts to honour the devastation to our bush and community, finding sorrowful beauty in the smashed form. The show includes a multimedia projection accompanied by framed prints.

Those who know this mountain well know the eerie feeling: there used to be a canopy here. 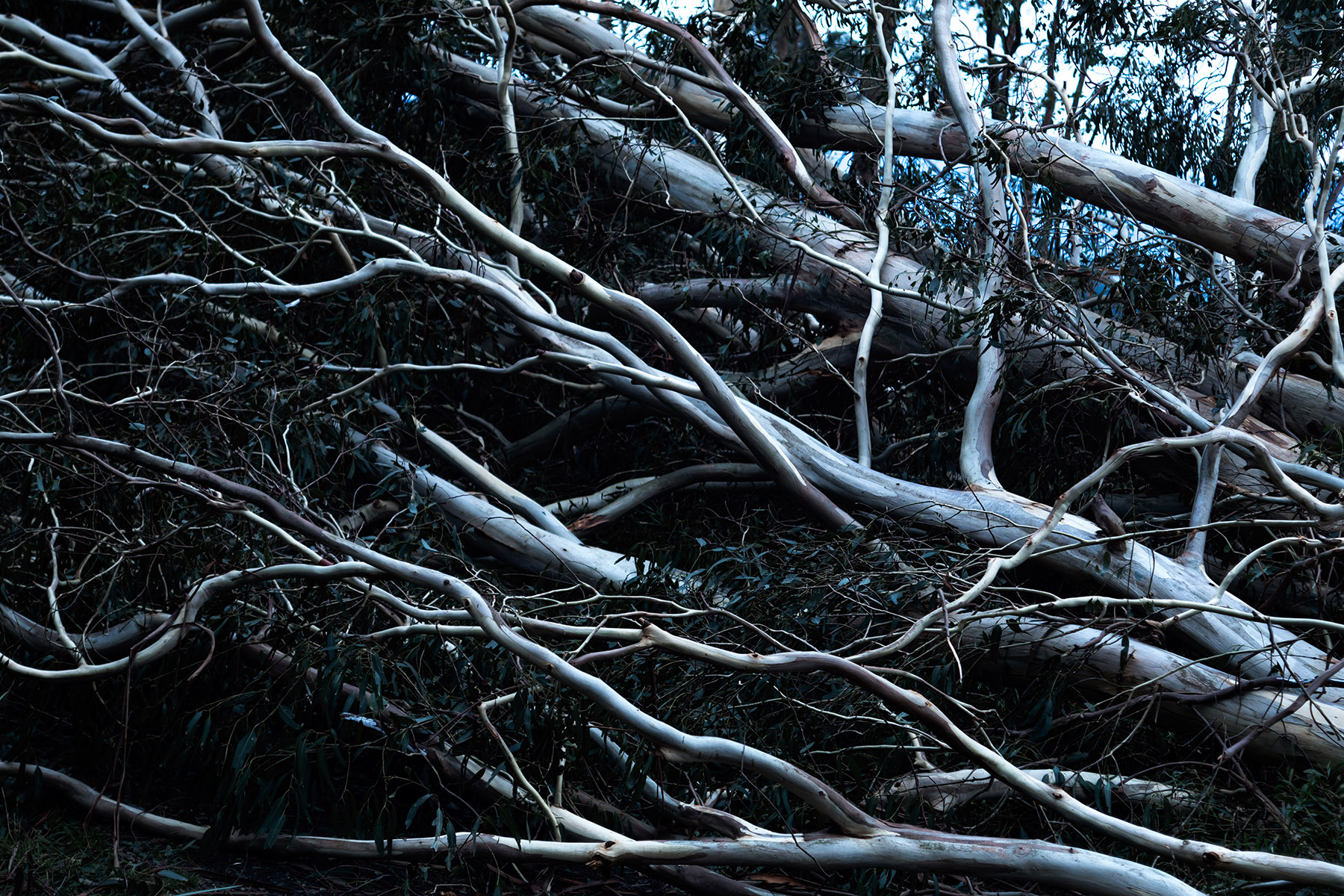 Cathy Ronalds is a portrait and documentary photographer based in the Dandenong Ranges, Victoria. Motivated by connection and awe of both people and the natural world, as well as being a long time people watcher, she strives to convey her perceptivity. Her work explores themes about identity, women, femininity and connection with the natural world using both analogue and digital photography. 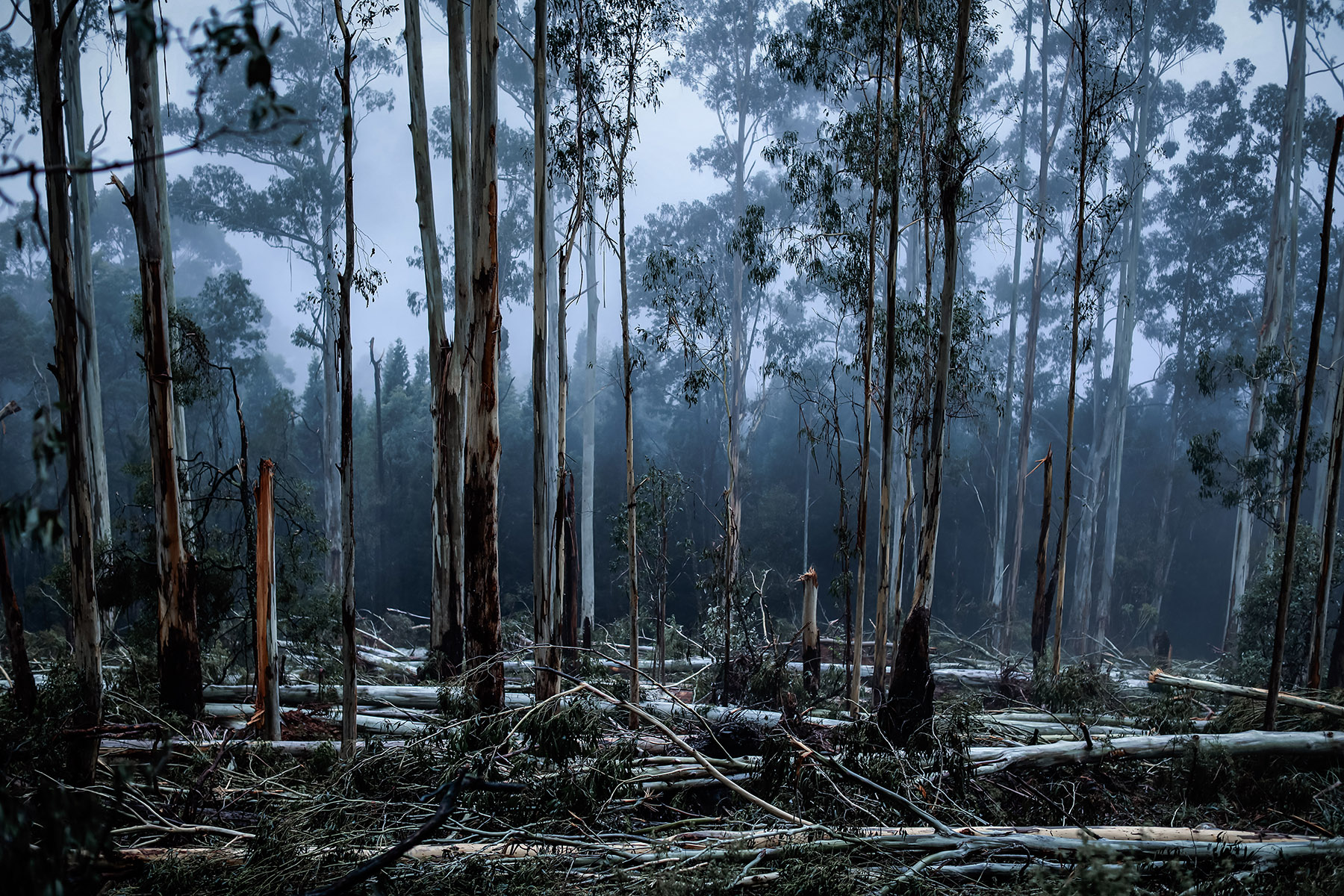